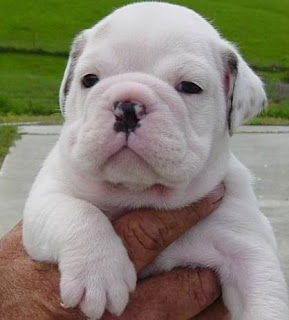 I've thought about this for years now. It has been pent up inside of me for longer than I can remember (and it's not an admission about being anything other than straight). I want a dog. All my life I have been able to have pets. I've had lizards, fish, birds, crustaceans, anemones, turtles, frogs, toads, and insects. I've had them all. I used to catch them in the creek by my house in Virginia, or buy them and make elaborate zoo-like enclosures with all of my allowance and landscaping money. But you know what initially caused me to have all of these exotic pets? It was because my mom was allergic to dogs. Somehow however, she allowed us to have a cat even though she's allergic to them, but her claim was that a cat doesn't need as much socialization as a dog. Which, in part, is true. However, it was tough. I mean you just don't get the same thrill and fun time playing with a 4 1/2 foot Savannah Monitor lizard or a Russian tortoise. A dog is man's best friend and no reptile or fish will be able to replace him.

All that being said, I've been thinking more about the prospect of owning a dog now that I am getting close to graduating from college and moving out on my own. However, I am sort of on my own, 2,000 miles away from the family, so I've been thinking, "Why not now?" Well, it just so happens that my rental agreement doesn't permit me to have pets, and if that weren't enough, my room mate Kevin claims that he "hates dogs." How can you 'hate' dogs? How can you hate anything? To hate, you have to have loved or cared for that which you hate in some way, and felt betrayed. Somehow I think it's more shallow than that for my room mate. I think he just wants to hate dogs to piss me off. And guess what? It's working. But, on a more positive note, the agreement I signed with my landlord expired and I haven't signed a new one. I still have a rental agreement, but it does not have anything on it that says I can't have a pet. And, what's more, we've been baby-sitting a neighbor's beta for a while now. Beta's are so close to dogs. 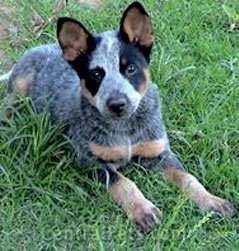 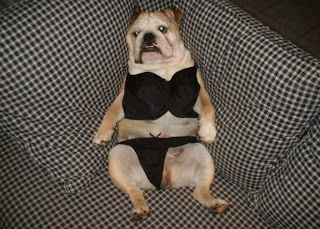 It would serve as a good foot rest, door mat and a calm companion inside the house. But then I also like the idea of an active dog that can catch frisbees, outrun me from time to time and that I can wrestle with. Bulldogs don't strike me as that kind of dog. So I think maybe I should get two dogs. The bulldog for my down time and work around the house (of course he can play outside too), and maybe an australian shepherd or blue heeler for my more intense outtings. 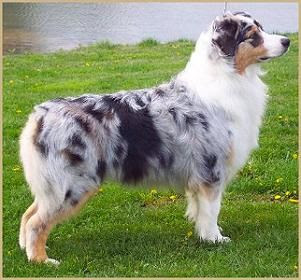 I don't know. Maybe two dogs is too much. Maybe I should stick with one. I just don't know. I've never had a dog, so the whole dog world is new to me. I do know that having two would give them more companionship when I have to travel, or go to work, but still, I just don't know. Thoughts? 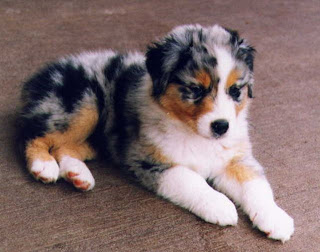 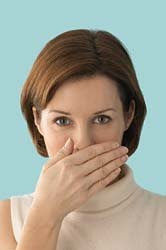 I love mutes. They're so quiet it makes me think they might be secret agents. They lurk around and just blankly stare at you (probably sucking your soul and life juice). I think they are going to take over the world. The quiet people are secretly, subversively taking over. They seem harmless enough, lingering at the punch bowl at parties and only saying their name from time to time when someone asks them for it (all the while they read it off their name tag). They are so clever. They have us all fooled. 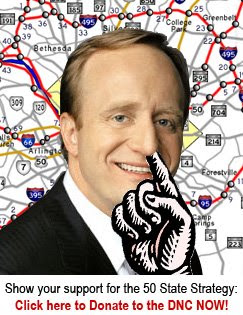 As for those people who find the need to talk, and frequently do so, they piss me off. They are do-nothings. They blab like the world cares about them, their problems and their occasional ideas. The mutes and quiet people will get them though. And soon. But, it worries me a little bit. I am not a quiet person. I am not a mute. But, maybe I can blend in to their secret underground culture by breaking my jaw. That's a good plan. Shhh. Don't speak.
Posted by Michael Powers at 12:27 PM 2 comments: 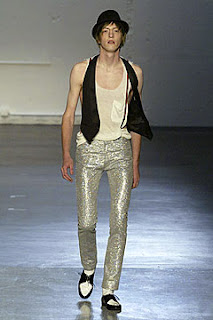 I am trying to limit my posting to 3-4 times a week, but sometimes I just really need to do it out of schedule. And, it helps when I think I have a good topic. Some of you might like it anyway. I'd like to delve into women's fashion for a moment. Wait, it's not what you think. I'm talking about women's fashion for men. That's right. I'm sure you've seen them, strutting their stuff down the street in women's country club shoes (keds and other canvas loafers) and sporting women's pants. So as not to appear straight up transvestite, the term to describe the pants is "skinny pants." That sounds so much better. I mean isn't that what all real men are really concerned with? Their skinniness?

To be honest and frank, as is my custom, I must attest to the fact that I have not yet experienced the supposed feminine joy of wearing skinny pants. They just look way to comfortable. And for me, with my svelt girlish figure it would just make me another piece of eye candy for those who prescribe to the emaciated Ethiopian refugee Abercrombie and J Crew models' look. And, I'm sure the pants would make my butt look big. 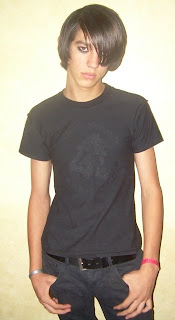 But as for the black nail polish, eye shadow and whiney music; I'm all for it. I look sexy in dark hues and tears. And, so does anyone with a lot of emotional baggage, or feigned baggage. In fact, you can feign baggage so much easier when you look like a cross between scarecrow, Edwards Scissorhands and Marilyn Manson. 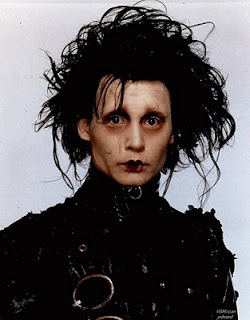 I prefer Charles. But that is neither here nor there. And then you can scream your heart out to Fall Out Boy and lurk behind graffiti plastered back alley walls waiting for your friends to come hang out so you can talk about how horrible your day was. It's a dream life really. Ah, to live the Emo dream.
Posted by Michael Powers at 3:11 PM No comments: 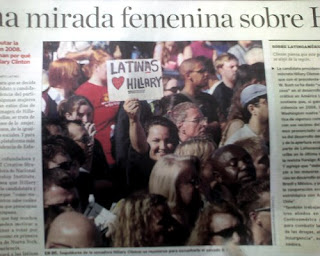 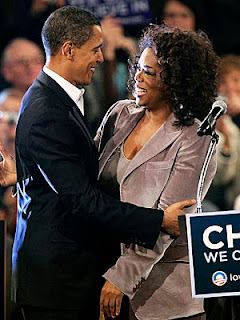 Posted by Michael Powers at 9:24 AM 3 comments: