The Joys of the Dump Truck


Vrrrooom, vrrooooom. Clank, clank. Oh the bygone days of onomatopoeia, when cities on the living room rug were made of recycled milk cartons and blocks, and the dump truck was the enforcer! Nothing could stop the dump truck. Your brother came by with his dinosaur, you ran it over. Your sister thought her "My little pony" could save the day, you threw it in the back of the dump truck and unloaded it off a block tower. Dump trucks, like the O'Doyles, ruled.

Today I knew I was in for it. I wanted to sleep a little because I knew I'd be working from 9PM to 5AM today. Graveyard. I didn't want to be another corpse, but of course I was awoken from my slumber at an early hour to help out a family member with something that was anything but urgent. So I was off to a good start. Then, when I tried to get back to my rest I was awoken once again, by the incessant ringing of my phone. I had to make it stop, and in my incoherent grogginess I answered it. It was my former boss, and he needed a favor. I was reluctant at first, but then he said those magic words: Dump Truck. I didn't exactly jump out of bed, because he said I'd need to pay for the dumping until he could meet with me later in the day, but we resolved that, and my enthusiasm resumed.

1988 was a good year. This truck was forged into a man-beast on that fateful year. Green, dilapidated, dirty, and formerly owned by the DC Housing Authority, it was a gem. A diamond if I may, in the rough. Except, it's hard to say how much diamond was left in this rough. So my first task was to unload construction junk at the "transfer station" (a PC term for what used to be called "the dump"). So of course, as luck would have it, after waiting forever to get weighed on the scale, the lady at the window took my permit, refused to return it, and said I couldn't dump there, but had to go to Lorton, a place in the middle of nowhere that used to be a prison complex on the edge of Fairfax County Virginia. I was perturbed. I called my boss, who was also perturbed, having dumped there for the past month. So, I resolved to park the dump truck and have a word with this lady. Long story short, I got the pass back and was permitted to dump. However, I dumped in the wrong place, got yelled at, finagled out of it claiming novice incompetence and ignorance, and then got to load the beast with "free mulch" to deliver to one of my boss's projects.

Now, the construction debris was easy to dump with the hydraulic lift, but the guy who loaded the mulch packed it in with so much skill as to render my job mission impossible. So after about 45 minutes of raising the bed and lowering it, going forward, then reverse, I finally dumped it. Sweaty, and freckled with mulch, and all the while on my cell phone with a friend, I was victorious. I had lived the dream. I drove a dump truck.
Posted by Michael Powers at 8:11 PM No comments: 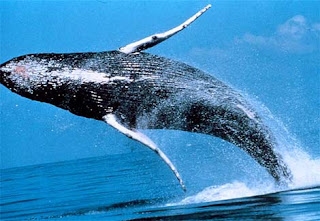 Humor me for a moment. Close your eyes. Imagine you are on a wharf overlooking Plymouth Bay in Massachusetts. The water is a deep azure blue and the sun shimmers on each little wave's cap. The smell of dead clams and sunscreen hovers over the scene. Then you see it, your boat comes chuggin in from Cape Cod, a pristine Whale Watching boat, steaming all the way to you, eager and filling the air behind it with smoke and leaving swells that lap the wooden dock. Of course you are excited, you're going to watch whales. For 3 hours. And you paid for it.

Well after you go out, get sun-burned, watch some whales swim, breach and flop around while munching on a tuna sandwich for 3 hours...you realize it was a fun trip, but not one you're liable to repeat any time soon.

The whales put on a show for you. Or did they? Maybe they were just minding their own business and think it's funny that all these pasty-white humans in tevas and sporting over-sized turtle shell sunglasses 'oo' and 'ah' when they take a breath and eat.

Imagine if they did the same to us.
Posted by Michael Powers at 8:25 AM 1 comment: 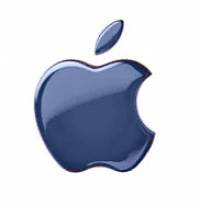 Here's a conversation I was trying to have amidst a mac update:

Michael: Hey Suzie*, I've got to restart my computer...some mac update thing...so if you could just sit tight for like... I dunno 2-3 minutes...I'll be back.

Michael: This update is quick...but it's interesting how slow I think it is...oh, and I just restarted my computer, and now it's asking me to do it again...I'm like a monkey jumping through hoops....what gives...


Michael: oh, now here's the kicker with this update: No devices were found that require this firmware update....wtf? I mean seriously. This auto-update put my whole world on hold for 10 minutes, so it could install some garbage that isn't even relevant to my computer....that is genius. I applaud Steve Jobs for that one.

Wow. I mean wow. Updates are a Godsend. I mean, they protect my computer, keep me 'updated,' and above all, let me restart my computer and take time to text message friends, get a drink, take a nap, or possibly use the bathroom and read an article of Reader's Digest. Thank goodness for mac updates.

*Name has been changed.
Posted by Michael Powers at 9:26 PM No comments: 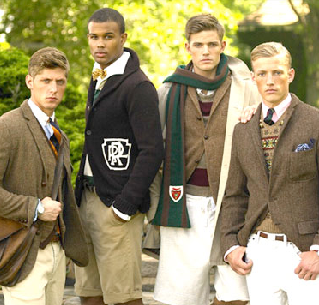 Do you dress for success? No. You don't. No one does. There is a common misconception when someone says "dress for success." That misconception is that one must wear a power suit with a red tie and shiny shoes. The reality could not be farther from this pseudo-truth. Of course if you spiffy up a little bit, you'll make a good impression before you speak, but once they've gotten beyond your silk Italian tie and your Armani cologne, there has to be something tangible there.

Dressing as you feel helps you exude confidence and independence. If you feel that today is Hawaiian shirt day, then it sure is! You should dress in whatever way you feel makes you work longer, harder and more efficiently. So, if you are a scuba-dive tour guide, that probably means a wet suit. If you want to wear a tie with that, that's your bag. If you are a pro surfer, you should probably wear boardshorts a wetsuit, or a powersuit just to piss off your brother, who, while at his office job turns on the TV and sees you surfing in his $800 suit. Whatever your job is, even if you have a dress code and work at a country club, you have your options. If it has to be a polo, make it a purple one. If it has to be slacks, make sure they're tweed. If you have a uniform, make sure all your co-workers sign it with their John Hancocks.

Dressing for success is up to you. Just like your success with that dress. If you are the man, then dress like you own it. If you are the wo-man, do likewise. Wherever you go, whatever you wear, be the success that makes your dress. Make your office jealous. They'll be whistling a different tune when they see that those Winnie the Pooh slippers got you a promotion.
Posted by Michael Powers at 7:12 AM 1 comment: