Connoisseurs of the Finer Things 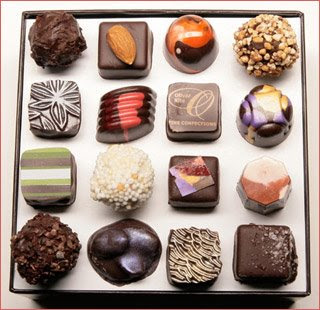 It may come as no surprise to you that I am a member of the Church of Jesus Christ of Latter-day Saints (Yes a mouthful). However, we are generally more commonly referred to as Mormons or LDS. I'd say that might save your mouth and mind the aggravation of memorization and your short hand the unease of remembering where to put a hyphen in the name. And, as you may also know, us Mormons have a fairly strict diet code that calls for us to, among other things, eat meat sparingly, eat plenty of grains, not drink alcohol, coffee or non-herbal teas. Because of this, it is amusing to me to see the sorts of things that other members of my church become connoisseur's and aficionados of (and yes, I realize I just ended that sentence with a preposition). Here is a list of what my friends (and myself) tend to be connoisseurs of:

Now the reason I am sticking to just food products is because the educated elite (upper middle-class, yuppie types) tend to view themselves as something far superior to the rest of the world because they can recite different champagne and wine labels and years and tell people whether it has an earthy or fruity taste. To further their snub of the rest of the world that spends more time trying to scrape enough money together in order to buy a bowl of rice to feed a family of twelve, they boast of their knowledge of exotic coffee beans and capuccino and latte combinations. So, of course, to keep up with the Joneses, the LDS community have become purveyors of the aforementioned goods. As it turns out, chocolate is grown all over the world, from Brazil to New Guinea to Aruba and refined in Switzerland, Germany, Belgium, England and the US. And of course, depending on where it is grown, it has certain flavors. Chocolate from New Guinea has a bittersweet fruity flavor, while chocolate from Brazil has a richer smoother flavor.

Now I'm not going to go too deep into all of the combinations, flavors and possibilities of all of these foods, but suffice it to say, the LDS community is not missing much without wine and coffee. For instance, with juices, with just mango alone there are more types than even apples. Some exotic fruits that you may not have heard of are acerola, acai, mangosteen, ciriguela, chibutchicaba. And all have a plethora of health benefits and taste selection to offer. I'll go into more detail about this in later posts, but I'd love to hear your thoughts.
Posted by Michael Powers at 4:12 PM 2 comments: 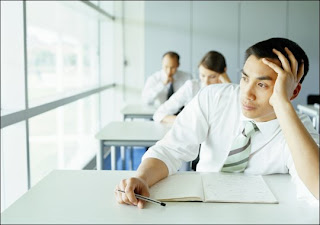 Well, I know that we all have tons of spare time on our hands to read inordinate amounts of posts, articles, blogs and the like all over the internet, but I decided I'd write a little blurb just to experiment with the attention span of any of my readers. That means I am making this post short so that you all can do those really important things like add ridiculous facebook applications like 'Knighthood' and 'What Beatles Song Describes Your Life Right Now.' Wait, maybe I'm the only one who does that. Do you want to know how pathetic that is(rhetorical, do not respond)? I think that daily I sift through hundreds of news articles, blog posts and facebook profiles a day. I think for sports stories I read anywhere from 10-15, for odd news stories probably 30 or so, and for the rest (politics, world news, celebrity gossip, etc.) I usually top the 100 mark. Now you might think "How does he have the time?" Well, it's easy when you have classes that so often bore you to tears and you take notes on a laptop. Not to say that I don't also take notes, but I've learned how to multi-task. In fact, my last post on this thing was done during my Political Science class on international terrorism. There is a blog to that here It's kinda lame and jargon filled, but it's interesting nonetheless. So anyway, let me know if this post was too long for you, and tell me how much news you tend to digest daily. Or just tell me how much you read, because I'm also reading another 5 books simultaneously and just finished 'The Kite Runner' by Khaled Hosseini, which I strongly recommend.
Posted by Michael Powers at 12:22 AM 3 comments: 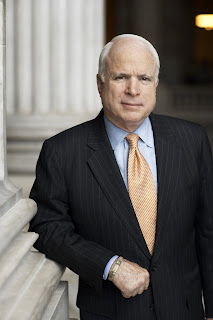 On another note McCain admitted he was wrong on how he approached immigration. Good start. Hopefully he stays that way. McCain also is vehemently opposed to pork-barrel spending (all those little multi-million dollar earmarks that allow congressmen and senators to take home projects to their home states and districts with our federal tax money). This is good. We need a government that can run smoothly, effectively and transparently. We need to know where and how our money is spent. Furthermore, the correct way to slim the debt is not only through careful and well-regulated spending, but tax cuts. We should only pay what we have to, and nothing more. McCain was reluctant to call the Bush tax cuts a good idea, but now that he's latched on to them, he most likely won't be swayed back so easily (because he's a grouchy, stubborn, stick-to-his guns type of guy). For these reasons, and many others McCain has my vote. For those of you who think Obama is cute and has a nice voice, I can't really argue. Yes he's charismatic. However, he's also a socialist with staffers who worship leftist guerilla Che Guevarra. Not a good reason to vote for him. He's a political neophyte. McCain is old, wise and as stubborn as hell. I'd take that over a supple, 46-year-old shaven chest from Chicago's south side any day.
Posted by Michael Powers at 1:16 PM 3 comments: