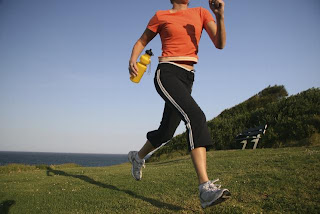 For those of you who truly know me, or even for those who only know me superficially, you may be well aware that I absolutely love cardio. Yes. Running is soooo fun. I love it. And, for those of you who actually nodded your heads in agreement, Thou knowest me not. Running for the sake of running has never really inspired me to do it consistently or in any real way. However, if I were to find an attractive running partner I might be obliged to take up the practice. But, bear in mind that whoever asks me to run with them is basically saying: "Let's date. I am into you." 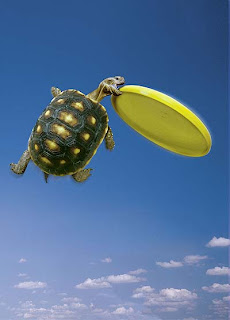 Not all cardio however, is pointless. One example is ultimate frisbee. It is a game that you can win. You can interact with friends. You can jump, run routes, high five, give 'good games' to people. Ah yes. Ultimate. But, following the same logic, soccer, baseball (to an extent), basketball, surfing, football and other games are meaningful and get that heart going in a good way. All of them involve running (yes even surfing-you can run to the edge of the water). So why then just run? Well some of you might say that you can 'just run' by yourself and it's harder to organize a game of anything. Excuses, excuses. Running sucks by itself. If someone wants to run with me, that's one thing, but by myself I'd rather eat sand or shuck corn. Part of it could be because I have a bum knee that aches for days after any sort of substantial long distance running. Nah.
Posted by Michael Powers at 11:34 AM 1 comment:

While I was visiting the San Diego Zoo, I came upon a shocking sight. I'm sure you've all seen pigeons. They all live in big cities of America, are relatives of doves, but are about as dirty as rats (if not more so). In fact, they are called rats of the sky. Now, it caught me by surprise when I saw what pigeons look like in Australia: 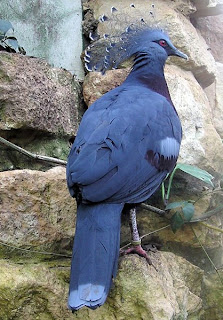 All I could do was be envious. Man, why don't we get cool pigeons that don't smell like trash and look like something found between the cheeks of an elephant? 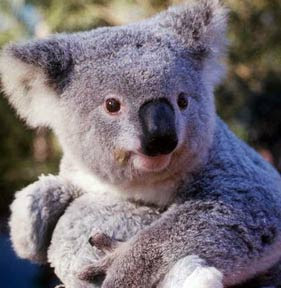 But, if that were all, I think I could cope. But they've got Koalas down there. They spend 20 hours of their day sleeping and the other 4 eating or cohabiting with other Koalas. Oh to be a Koala! We could keep them as pets. All we'd have to do is give them eucalyptus and they could babysit the kids while we go out for the day, or the weekend. 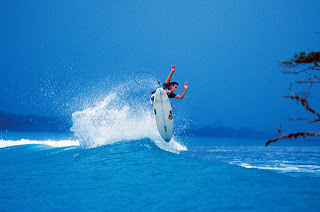 Oh, and then there are the Australian beaches and women. And the surfing....just let me go there. I'll renounce my citizenship (not really). But live wouldn't be half bad if I were Crocodile Dundee.
Posted by Michael Powers at 10:13 AM 1 comment:

Two phrases that I see on facebook statuses that are stupid and make no sense: 'Twittering' and 'Rock my socks'. 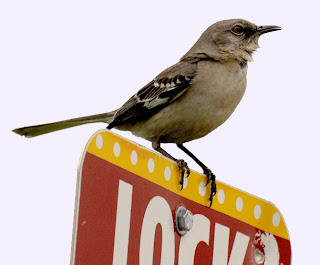 Let's start with twittering. Twittering is something I am pretty sure only birds or fairies do. So if you're not a bird or a fairy, you probably shouldn't be twittering. Maybe you haven't seen this status on facebook, but I have a few podcaster friends who put it up all the time. But, it's not as if twittering serves any purpose. This is how it's generally written: "Ho Chi Min is twittering: I left my iron on my shirt and now it's burnt." That's stupid. I really do not know what else to say about it. 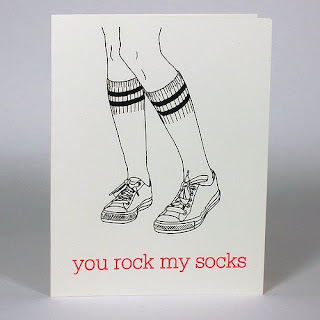 Now for 'Rock my socks.' First off, I don't want to send the wrong message. I like rocks, and I do like a nice new pair of socks. However, there has yet to be any event in my life that has 'rocked my socks.' It sounds like it would have to be some erotic foot fantasy involving high voltage AC/DC and cotton tube sock love. And, unfortunately I have not yet had the pleasure. There are so many other phrases that make sense and are better. Let's use them like: Blow my mind (among other things), or, instead of twittering, Joe is deliberating, or is not a bird and therefore cannot twitter, but if he were it would sound quite mannish and funny. Food for thought.
Posted by Michael Powers at 9:48 AM No comments: 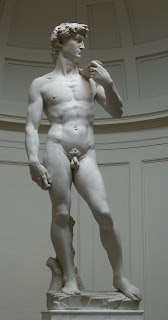 You would think that giving in to the 'Natural Man' would be allowing oneself to be beholden by some sort of absolutely repulsive animalistic carnality. And, perhaps, to a point, you are right. However, the natural man has his moments. When the natural man for example, is confronted by a horrible injustice or belligerent person they lash out with wrath, ferocity and powerful vengeance.

This is the most rudimentary form of justice: Revenge. However, it is not a methodical, deliberate, evil act, but an eye for an eye, damages for damages approach. And, despite what some may think, it is deliciously satisfying in the immediate, and perhaps long-term (it obviously depends on the case and the approach).

Another thing the natural man is good at is eating. However, the more appropriate word might be devouring. A natural man has an unquenchable appetite for flesh. He is a voracious, carnivorous fiend. There is no satiating his quest to gorge all in his path, be it cow, truck, dog, raw steel, boulders or reams and reams of carpet. However, he generally tends to eat the more edible things.

The natural man also is amazingly good at athletics. He can beat cheetahs, superman, smurfs and gummi bears at their best events. He can swim for days, fight for hours, and do bicycle kicks consecutively for weeks on end. He is a beast. Similar to the Brazilian soccer star Ronaldinho Gaucho or the French climber: Spiderman (who free hands the world's tallest buildings).

Let's give the natural man some credit, and maybe, from time to time, let him come out to play.
Posted by Michael Powers at 11:29 AM No comments: