No, that wasn't a typo. That is the new turn of phrase I heard this evening and believe bears repeating. Global Warming, or the emotional science of panic and hysteria that blames mankind for any and all climate change, has been pioneered and pushed to the political forefront by none other than Al Gore. Al Gore is very good at manipulating people into hating themselves and their lifestyles, while still maintaining his own, gas-guzzling, green-free way of life.

What?! Al Gore is all talk? Yes. How so you ask? Well, quite simply, he uses offset credits. When he takes a long trip on private jets, he buys these credits to offset his carbon footprint. Now, he'll also tell you that his house runs entirely on natural gas, which is true. But what he won't tell you is that natural gas is a fossil fuel, limited in abundance just as oil is, and rather inefficient in comparison. Furthermore, the real shocker is that President Bush, supposedly the big business, environment hater has ranch in Crawford, Texas that is the model of green science. Using deep underground cisterns, he cools his home with a design that uses the land it is built on to cool it in the summer and warm it in the winter. That being said, he does not even need to buy offset credits.

Now, I am not going to say that the climate doesn't change, or is not changing. The climate is always changing! And, it will continue to do so, with or without our help(not to say that we should not be good stewards of the planet). I have read article after article of snow in places of the world where it hasn't done so in 50 or 100 years. There is frost across parts of Australia. It snowed in Buenos Aires, Argentina and Johannesburg, South Africa. Denver had its coldest June since the 1930s. People are dying in Peru of sub-zero temperatures, while the jungle hovers at 50 degrees F. Now, if that isn't a stamp of approval on the global warming alarmist agenda, I don't know what is. Of course, not to omit that obviously we release greenhouse gases, the amount we release is minimal in overall picture. And, greenhouse gases make up only a fraction of the atmosphere.

Is it likely, as some predict that the polar ice cap will melt during the summer months in the next ten years? No. And would we have reason to fear the ocean rising significantly if it did? No. Why? Just remember that when a waiter pours you a glass of ice water, if you don't touch it, he can still come back later and fill it, even if it was full to the brim. Why is that? Because water expands when it freezes, and contracts when it melts. Therefore, any melting icecaps will displace less water than they currently do. Food for thought.

Another interesting fact is that we have heard that "global average temperature" is rising. How is it possible to come up with a "global average temperature?" Do these theorists have any idea how much space is uninhabited by humans in the world? And, how are these thermometers, mostly located in urban areas, where population growth has continued, more buildings and concrete has been erected, supposed to accurately show a trend, when many are placed next to international airports, and air-conditioning vents? Quite obviously there will be discrepancies, and even with these discrepancies, the results are inconclusive, and not statistically significant.

On the whole I just want good, solid science and not this political panic attack on the public's conscience. Of course we should do our part, recycling and planting trees, and picking up litter, but we don't need to carve scarlet letter's on our chests and re-adapt our car engines to run on fry-ilator grease.

E85, on another note, is driving up the price of corn, because it uses the cob, rather than the stalk to create the ethanol. Furthermore, E85 is not a solvent industry by itself. It needs government subsidies to keep it afloat. However, there is good news about E85. Some paper forests in the Carolinas and Georgia, like those owned by Georgia Pacific, are planning ethanol plants using the waste cellulose from cuttings and the paper process to create energy. This should be viable in only a few short years, and the plant will be up and running in one year. Now, if they could use the corn stocks instead of the cobs, then E85, might be a reasonable solution. But for now let's start using our resources!

We are the Saudi Arabia of coal. We have untouched deposits in most of the lower 48 states. We also have untouched oil and natural gas deposits off the gulf coast and in Alaska. If we could tap these resources, we would reduce our foreign dependence by more than 80 percent. However, thanks to the lazy, self-interested politicians who say more than they do, these resources are "protected." Translation: un-usable; off-limits. They say the best way to reduce foreign dependence is by using solar, or wind power, which attributes to less than 2% of the nation's power needs. Oh yes, and hydroelectric accounts for another 3-5%. Well gee, that still leaves 93%. And how do we get that energy? Evil fossil fuels. And, just a question, but when was the last time an oil drill killed a seagull? Oh wait, that's wind power. When was the last time you used a plastic fork? Oh wait, you wouldn't have that without fossil fuels.

There is, however, need to panic. As China totally rebuilds itself as it prepares for the Olympics, it guzzles fossil fuels, and corners the market on construction materials. The real problem with that is simple. They are building power plants and generating industry to create steel and construction materials. The US, disabled by politicians from using its power-creating might, sees its steel industry and construction industry enter into serious decline, with material prices sky-rocketing in result. In conjunction with the devaluation of the dollar, these effects have brought about the ridiculous housing bubble, which fortunately, people are finally starting to wake up to.

The Armageddon, doom and gloom predictors who say we cannot use fossil fuels or drive our cars because of global warming, are the same hypocrites who do just what they ask others not to do. I call for something different. No more panic, but sensible, rational moderation. Let us allow for scientific discourse and not vilify those who don't buy into the global warming panic. It might be part of a larger, thousand-year trend. We cannot outlaw CO2 as some have done. Plants need it. And, let us remember who is really to blame. The cows. That's right. Cattle and sheep contribute more greenhouse gas than all man-made emissions by some 20 times the volume. It's just not as simple as the IPCC makes it out to be.
Posted by Michael Powers at 10:18 PM 4 comments: 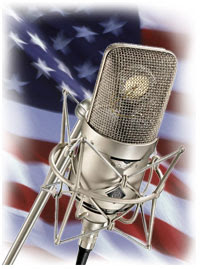 This is a night to be remembered. Not cherished, but stored away in the fond archives of things I will never have to do again(hopefully). This night, once over, will be unlike so many others. I will never wake, for I will never sleep, but I will leave the office jubilant of a mission accomplished. That's right. Tonight is the last time I will have to pull at all-nighter at work. I started today at 2pm and will remain here until 5am. But it has been a wonderful ride. Full of chinese food, mini-lunch sandwiches, Booeymonger, prank phone calls, incessant yelling for nothing, and hours typing, reading and filling spare moments on facebook, my only outlet other than my cell phone and the hectic corridors of my mind. Oh, and lucky me, I get to work construction all day tomorrow. I hope it rains. Hard.
Posted by Michael Powers at 3:47 PM No comments: 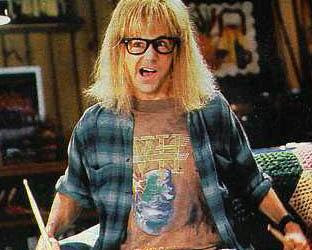 Whenever I speak to girls about traits they look for in a guy, ordinarily the first thing I hear is "funny." If a guy can make a girl laugh he's in. It's not compassion, honesty, intelligence, athleticism or even looks. If a guy is funny he's set. So basically, if you are one of those guys who looks like he got his face smashed seven times with a shovel and run over by a Mack truck, as long as you know how to crack a joke or drop a one liner, you can marry Michelle Pfeifer. There is hope for those of you on a strict "donut/beer" diet! Just be funny. That is the answer. You can lie, cheat, steal, smell bad, be lazy...but as long as you have that wry smile, a glimmer in your eye, and can bust out a clever stand up routine, you're home free. What are women thinking? Funny is good, but let's not overlook the other stuff.
Posted by Michael Powers at 12:20 PM 7 comments: