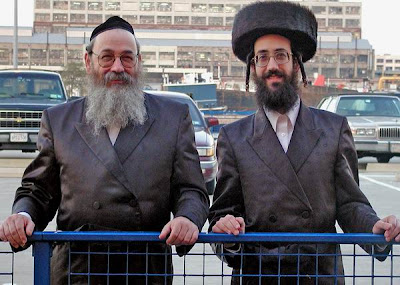 There comes a time when we must question our motives. We all do lots of different things, some consciously, others almost by reflex. Well, some of you might wonder at times why I write so religiously on this blog. I am devout. Perhaps at times even more devout than some Hasidic Jews are to the Torah or Talmud. Well, there are many reasons why I blog, but I guess it would be best to let the cat out of the bag. I blog so I can promote my blog. 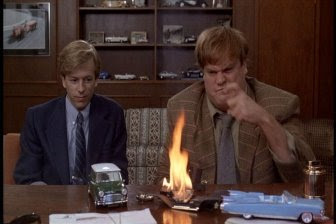 I mean, if I didn't ever write anything, how in the world would you expect me to promote it? It reminds me of the movie Tommy Boy, where Tommy (played by Chris Farley) says, "Hey, I can take a sh*t in a box and stamp it guaranteed, but what are you buying? A guaranteed piece of sh*t, that's what you are buying." I have to have something to sell before I start selling. If I just kept throwing up the URL to my blog on twitter and facebook all the time while linking it to a page with a hamster running around on a wheel, people would start to get restless. They might even work up the nerve to buy their own wheels and run around in them to get out all their angst. So, instead of allowing that to happen, I write stuff. Is it good? Well, I'd say there's a chance. 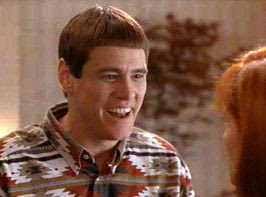 Like in Dumb and Dumber when Lloyd (Jim Carrey) asks Mary (Lauren Holly) what the chance would be of a guy like him getting with a girl like her. She responds, "One in a million," to which he responds, "So you're saying there's a chance?"
So I write stuff. However, even more interesting than writing stuff, is promoting it. And, if I'm going to promote it, I might as well do it shamelessly. With that I mean ubiquitously and like a used car salesman. I don't just write on twitter or my facebook status, "Check out my blog, I wrote stuff." I write something more along the lines of: "Giant mutant rabbit attacks President Obama while he sells radioactive golf clubs on eBay," which of course actually happened. 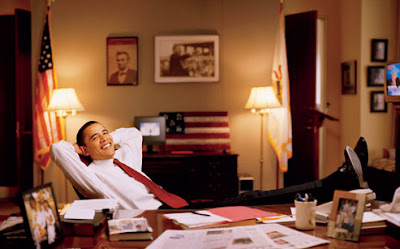 But, beyond just promotion of my blog, I have, on more than one occasion told and even encouraged people to click on the advertisements on this blog. You might think my rationale for doing that is because I make more money. That's simply not true. I do it because every ad you click creates more jobs. You are supporting the economy, and perhaps even saving the world. One click at a time people. You can make a difference. And on that note, click on the ads, visit their sites, buy their stuff, and read my blog like it's water after a marathon. Read it like it's oxygen after holding your breath for 30 seconds. Read it like it's the cure for whatever ails you, because, it is.

Posted by Michael Powers at 5:38 PM