There is a new miracle cure for whatever ails you. Be it back aches, mild depression, anxiety disorder, scraped knees, cancer, flatulence, or writer's block. The name of this cure is, you guessed it, the house plant.

House plants come in many shapes and sizes, but all bring that same effect of life-giving renewal. You could have a yucca plant, and anthurium plant, or even a shoot of bamboo. Some people prefer cactus gardens, while others like the hanging gardens of Babylon (sinners).

Either way, you are curing your environment, warding off evil spirits (like CO2), and adding sweet delicious life (oxygen). But they are so much more than that. If placed well, they can cover stains on your rug, cover holes on your wall, or make a really tacky or dull room look like a lush rain forest (kind of a stretch). And, to cap it off, most plants have green on them, so a) that's good if you're Irish, b) green is the color of geniuses, and c) there is no c, just like it.

However, I should warn you, they can become an obsession and take over your life, and you will be living that book 'Where the Wild Things Are' forever. 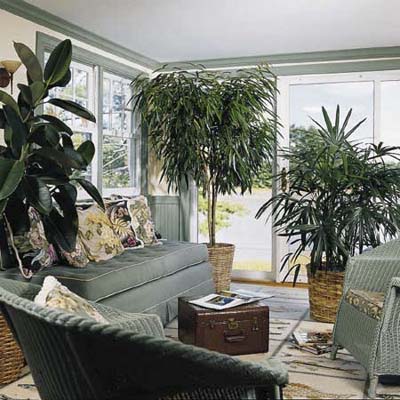 Here are some examples of adopted words: croissant, bureau, lasagna, schmuck, and garage

Some people deliberately anglicize many of these words, but in the instance with bureau and garage, it becomes difficult to do without getting strange looks from people. So here's a different take on the english language: It's flexible, versatile, and it is fairly easy to become conversational in it. Now, I don't believe it's easy to speak and write correctly (to be contrary to the thoughts of so many people), but you can learn it well enough, in a short enough period of time, to function efficiently in an english-speaking country. Posted by Michael Powers at 12:42 PM No comments:

I read a story today from Gloucester, Massachusetts. 17 high school girls no older than 16 plotted to get pregnant and raise the children together.

Usually the school has about 4 pregnancies a year (which to me is absurd), but this year the number was quite a bit beyond that (clearly). And, if that weren't enough, one of the fathers was a homeless man. Unfortunately, this story isn't a joke. But, it left me wondering why.

Here's the answer: The girls claim to want to be loved unconditionally. So, they have babies?! Apparently they weren't thinking about waking up at 3am to feed the baby. Apparently they forgot about having to change diapers, going to the hospital when the baby eats a bottle of tylenol, or some of the other gloriously loving things babies do. Then I think about it the other way. If they are looking to receive unconditional love, are they prepared to give it? They have now put themselves in positions that prevent the children they carry from having a stable home to grow up in, with a father and the type of monetary and psychological support that a more mature mother or family could provide.

But hey, at least they have the unconditional love of a disenfranchised baby.
Posted by Michael Powers at 8:08 AM No comments: 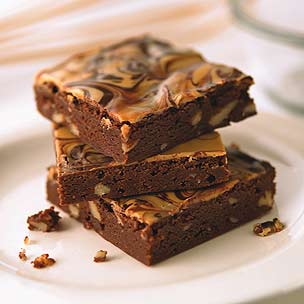 So brownies. They're delicious. Gooey, chocolately, flakey. And, on top of it all, their name is so ingenious it makes one wonder how someone ever could have come up with it. Brownies? Now why on earth would you call a little sheet of chocolate heaven brownies? It boggles my mind. I just don't get it. And on that same vein why are little girls scouts called brownies? And, are they anywhere near as delicious?

Speaking of girl scouts and brownies, how about girl scout cookies? I'm pretty sure girl scout cookies were made to give us hope that heaven exists, and they're sold on street corners by little girls wearing green sashes. We got the whole angel concept entirely wrong. Angels aren't wearing white robes with wings, they're wearing girl scout uniforms. And, I know everyone has their favorite cookie. Mine are thin mints. Frozen thin mints and milk. Can't get much better. Posted by Michael Powers at 9:26 AM No comments:

Well, my visit back home to the DC area was certainly eventful. I came for my brother's graduation from Thomas Jefferson High School (which consequently is the nation's best). Or, so say the High School rating people (whoever they are). And it got me thinking. If his school is 'the best,' then what school is 'the worst?'

Because to be honest the term 'the best' tends to strike me as perhaps a little subjective. It's like saying vanilla ice cream is the best. Or that Porsche 911 Turbo's are the best. While some of you may think they are, and in some ways they might be, I'm not so sure. I mean, I know what they're saying, from an academic standpoint, but surely, as most people in the US know, that standpoint certainly doesn't always make a school better. You have to factor in the human element and ask questions like: "Is our school made up of entirely nerds?" "Have we won anything significant other than ACADEC?" "Do most of the kids here know how to tie their own shoes or cook a bowl of rice?" "Could anyone here pull off a sweet prank?"

So, at any rate, I can't say I'm entirely sold at this point on his school being 'the best.'

Other than that though another thing I noticed when I came home is how much people eat. Back in Provo, on my own I eat when I'm hungry. Here I eat when people have a meal ready. And so of course, there are two to three times the number of meals, and the food is served in much larger portions and at least in my opinion, is not as healthful as the food I eat in Provo. So, of course, I ate more than I should have, don't have a gym membership here, and feel like I have digressed a bit physically speaking. Let's just say, if I stayed here another week, I might take on a new shape...like maybe become one of the block people from Gumby (but more realistically I would probably look more like pokey after he found a room full of pie). It was, in other words a deliciously sinful weekend.

And on another note, today I return home alone. My brother who came out here with me is staying as he prepares to go on to Mexico and Haiti (raising money and awareness for the impoverished), and I return to Utahville. It's always bittersweet. On the one hand, I'll miss real thunderstorms, east coast mentalities, the metro, family and a sweet car...but on the other hand I won't have to deal with traffic, eat thanksgiving everyday, or pay for an exorbitant gym membership and I can get paid again by my boss.
Posted by Michael Powers at 6:29 AM 1 comment:

Ok, here's a topic I'm prepared to take the heat for. I'm sure you're all well aware that in California the Supreme Court decided to legislate from the bench and say gay marriage is okay. Well I'd like to take issue with that. In my opinion, and in the written text of most dictionaries I am aware of, marriage is between a man and a woman.

Now before everyone blows up at me for being intolerant let me say that I am fine with gay people having civil unions with legal rights similar to marriage. However, my problem is in the wording. Marriage should not be used when referring to a gay union. It is a union, but not a marriage. It would save everyone a whole lot of trouble if that's how we kept it.

Here is the webster definition of marriage:

mar·riage
Pronunciation:
\ˈmer-ij, ˈma-rij\
Function:
noun
Etymology:
Middle English mariage, from Anglo-French, from marier to marry
Date:
14th century
1 a (1): the state of being united to a person of the opposite sex as husband or wife in a consensual and contractual relationship recognized by law

And here is wikipedia's explanation of a civil union:

A civil union is a legally recognized union similar to marriage. Beginning with Denmark in 1989, civil unions under one name or another have been established by law in many developed countries in order to provide same-sex couples with rights, benefits, and responsibilities similar (in some countries, identical) to opposite-sex civil marriage. In some jurisdictions, such as Quebec, New Zealand, and Uruguay, civil unions are also open to opposite-sex couples.

Most civil-union countries recognize foreign unions if those are essentially equivalent to their own; for example, the United Kingdom lists equivalent unions in Civil Partnership Act Schedule 20.

Now that wasn't so hard now, was it?
Read article.
Posted by Michael Powers at 10:15 AM No comments: So a couple days ago there were marching orders in Hong Kong to kill all the chickens. Apparently they were afraid of the bird flu again, and rather than take any chances, they ordered all the chickens that are typically bought and sold at markets and the like, slaughtered. I mean, sure, they were going to be killed anyway, but now they are being killed and going to waste. When I heard about this I began to wonder. What if there was some deadly disease that threatened to wipe out mankind and the carriers were our favorite flea bags, man's best friend, the dog? Would we, consciously make an extermination order? I mean I know some of you who hate dogs are awaiting the day, but for the rest of us, could we do it?

And, on a similar, albeit entirely different vein, what if a certain section of society had some incurable illness that threatened to decimate the world population? Would we exterminate them? Chances are good that the answer is no, however, there was at one point a leper colony on the island of Molokai in Hawaii, so maybe we'd just isolate them. Maybe we'd build them a fortress of solitude like the one Superman has in the north pole. There are so many possibilities.

I think many of us might cringe about the prospect of such things, but the fact is, chickens are being killed in Hong Kong. An entire population of chickens will be forever erased. It's true that they were all on death row anyway, but what if some of those chickens were innocent? What if some of those chickens were free from bird flu? What if there is a cure, and if we had only invested some time we could have saved the chickens? Save the chickens, save the world. Save the cheerleader, save the world. Sounds eerily familiar.
Posted by Michael Powers at 10:58 AM 1 comment: