Getting into a relationship: Game of Cat and Mouse 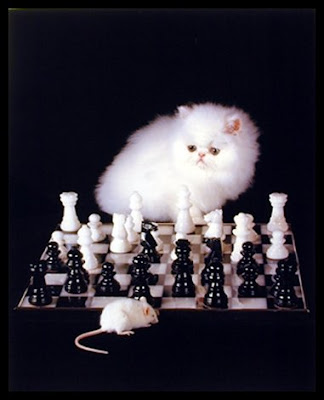 I put up a poll a couple days ago about what kind of topics people would like to hear about. Even though I know there are at times hundreds of people reading this blog daily, only four people voted. One person voted for 'random crap,' while two (presumably women) voted for 'relationships', and one voted for 'politics/economics.' No one voted for 'social issues.' But, inevitably through the random crap satire, politics, economics, and relationship topics I will address social issues in one way or another. It's all interconnected. That being said, I'm going to go with the winner of the poll today and talk about relationships. More than specific instances I'm going to talk about how the sexes see different actions, events, and behaviors. I also might wax nostalgic.
Back in the middle ages and throughout the Renaissance, and even through the Romantic 19th century, men wrote poems, sonnets, sang ballads, painted pictures, made sculptures, and went through all sorts of trouble to woo women that today would seem ridiculous if not stalkerish. With the enlightenment, women's movements, and liberal democracy, these traditions of wooing, along with chivalry have in large part been destroyed, or at least become somewhat muted. 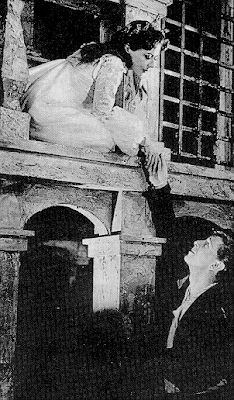 Men are however, generally expected to take the initiative. They are the ones who are expected to ask women out. But, while some women claim this as sexist patriarchalism, most women want it. Why? Because it's a risky proposition asking someone out. The man could say no, and it could end up being an embarrassing situation. So, if you are one of those women who asks guys out, don't always expect a "yes." You've put yourself into the traditional man's role, and he, just as you do, has the same right to say, "No."
On that same vein, there is also another silly philosophy that I've noticed most supposedly "nice" women have. That is, to always say "yes" to a first date. While I think it's decent of you that you're willing to give him a chance and be cordial, sometimes you can just tell from the get-go that it's not going to work out. And, there's really nothing wrong with that. You most likely have enough discernment to make an educated decision. Don't play games and lead a guy on, even if it is "just one date," because, quite often it can become two or three, you're not interested in him at all, he is oblivious to your subtle hints, and you don't know how to get off the hook without hurting his feelings. This is where directness is most needed. So that you don't get stuck with some guy you do not care for, and so that he does not end up getting too emotionally invested, all the while wasting his time, heart beats, and money, end it soon. Learn to say "No." It is much more compassionate and humane to nip it in the bud than let it drag on. It's better for everyone. So, in a nutshell, transparency is good. You're not being any nicer trying to let someone down softly. Rip the band-aid off the wound in one fallow swoop.
The next little bit I'm going to mention is communication. This is the main reason men and women have so much trouble with relationships and interaction. As I said before, directness is key. While some men are great with subtleties, hints, and nuanced speech, most are not. Both sexes see what they want to see, but men even more so. Don't expect a guy to be a mind reader. He probably cannot even read his own mind, much less yours. Be explicit in your communication. If a guy holds your hand, he's being pretty explicit. If you pull your hand away, he should get it. However, if you aren't into him and do nothing you are giving consent. Inaction is consent to most men. Few get the whole passive-aggressive/ambivalent female response. 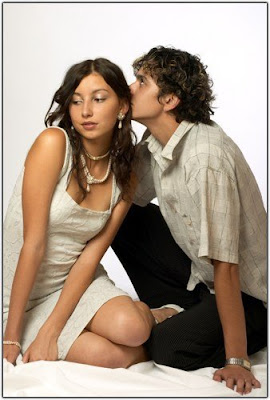 Ok, I don't want to beat that issue into the mud. Just be clear. Quite often it's a power struggle, and men and women play games with one another. The man is interested, the women doesn't know if she's interested (or at least claims not to know) and so the man is not straight forward as in days of yore (with the poems, sonnets, and ballads) and plays the woman's game of subtleties as best he can. His rationale is, "If I put all my cards on the table, she's going to shove them in my face." So he either plays no cards or one card. Unfortunately, sometimes women can be just as thick as men, and think a guy is not into them because he hasn't beat her over the head with his intentions. So what happens is, because he is cautious not to play his whole hand, she thinks he's not interested and so does not reciprocate at all. Then, seeing she's not reciprocating, he moves on, because she already has in his mind. So both sides lose. All of this because of miscommunication. Many might say, "Well he should have been more obvious." But how obvious? If he were too brash she'd lose interest and think he was a stalker instead of a charming, clever, romancer. So we need to be more clear, but not too clear? The line is fuzzy. Seems like a confusing game of cat and mouse (and I honestly have no idea which side is the cat and which is the mouse).
There is no easy answer. Ideally a guy would take a girl out a couple times, she'd give him the right signals and they'd both say and do the right things and get into a relationship. But life is not cut and dry. People zig and zag. One day you might be into her, but she's not into you. Then a couple months up the road the situation is in the reverse. For anything to work, the time has to be right for both people. You both have to be zigging together or zagging together. There's no use in pushing for something that's not there, just like there is not a whole lot of point to hoping for something that's not there (I'm not saying don't hope, I'm just saying don't put all your eggs in one basket, be hopeful in general, not in particular; be opportunistic). 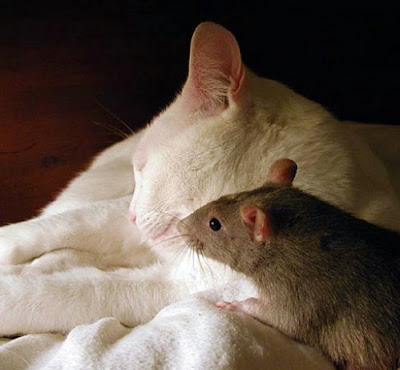 One day the cat and mouse will lie down together (although in this picture it's a rat)
Posted by Michael Powers at 12:50 PM

First, do you honestly get hundreds of people reading daily? If so that is awesome and grats.

Second, I was the one who voted politics/economics, no real surprise there.

Third, I love the transparency thing! Transparency/openness/honesty make life soooooo much easier imho. I mean yes, it can hurt a bit to hear that somebody is straight up not interested and their reasoning, but at least there's no questions left. I just went through a pseudo-breakup with one of my best friends and we've both been very honest with each other about the whole thing and I think it made it so much easier for both of us. It's awesome. Sometimes when we try to be too diplomatic and stuff we only make the problems worse because we can usually see through the BS.