Things to do with extra cell minutes: Fantasy Pet Hotline 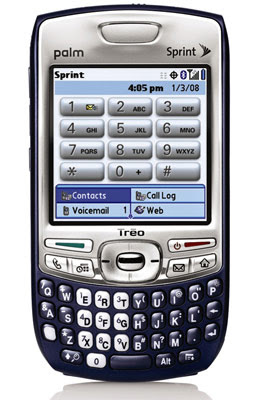 I have a very comprehensive and affordable phone plan. I have free text messaging, data, internet, free nights and weekends, and I have a LOT of minutes. And, something I noticed in a lot of my bills was that I rarely went over even half of my minute allotment. Some of you would probably say, "Well why don't you just move to a plan with less minutes?" To which I would say, "No."
It's not a matter of pride I promise. I like having way more minutes that I need because I know I won't run over, and, I'm still paying less than people who have half the plan I do (because I know a guy...that's all I'm saying). So, what am I going to do with all those extra minutes? Well, I've thought of some good ideas with my friend Severino*:
1. Start a hotline where I pretend to be a dog, cat, or some other animal, so that people without pets can pretend to have one. It would be like a fantasy pet hotline. (Severino also suggested that I do exotic pets like Ewoks, because hey, every wants an Ewok. And, I think even Ewoks would want a pet Ewok).
2. Pretend to be a pet psychiatrist for the pet hotline (because I am both the psychiatrist and their fantasy pet, I can always get the problem right). And the fee would be nominal.
3. Make a second hotline that specializes in robot animals. The problems they face are less messy and more technical. Robot animals might appeal more to the anal-retentive germophobe, or the very allergic demographic (And, for the record I can do an awesome robo-bark). 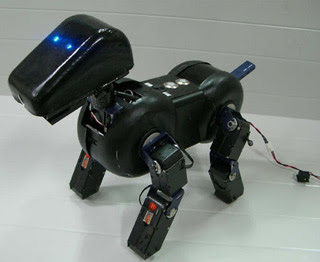 4. Set up a hotline completely unrelated to fantasy pets that would help people get over their fear of talking to prank callers. People could call up and I would prank them mercilessly. However, they would have made the call and so they'd at least think they were in control. They could know that a prank was coming (except that sometimes I'd just carry on a normal conversation with them to keep them on their toes, and then when they least suspect it WHAM! Totally pranked them).
5. Set up my phone so that all calls to a certain extension (8482-639426 = VIVA-MEXICO) would go to a 24 hour loop of mariachi bands playing during, after, and before a bullfight or battle. There would also be intermittent "ay ays" and "arribas." 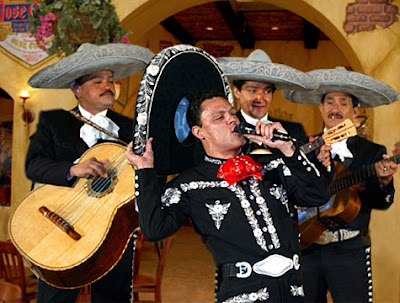 What else would you suggest?
*Obviously not really his name
Posted by Michael Powers at 3:58 PM