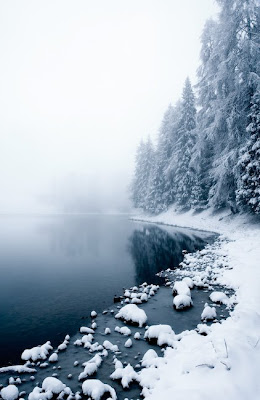 Well, I'm pleased to announce Provo's first substantial snowfall. We've got about an inch or two covering the ground and there are still some flurries shaking things up a bit as I write. The snow makes me happy, and reminds me that all of those Christmas movies with snow in them are still accurate even with the horrible Armageddon-like global warming that is sure to destroy humanity as we know it. 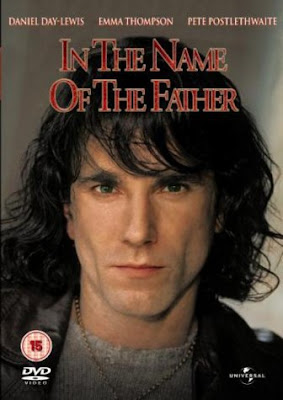 But there's another thing that made me smile. I was watching a movie starring Daniel Day-Lewis and Emma Thompson called 'In the Name of the Father' which tells the story of the Guilford Four, a group of Irishmen who were accused of an IRA bombing that they did not commit. I highly recommend the movie. But the movie is not what I want to talk about. I was watching the film on hulu (an online aggregator of TV shows and movies made available legally online), and as I watched it, all of the commercials on it were sponsored by the Ad Council.
The Ad Council has some good messages, and some brain-washing ones. The one that struck me most powerfully was on global warming (Remember I was watching it as the snow was cascading down outside, as it still is). The ad had a bunch of little kids between the ages of probaby 5-9 who say the word 'tick' and 'tock' with cuts between the kids to make it all add up to this crescendo as if they're part of a time bomb. Then they ask the current generation to save them from "massive heat waves," "severe drought," "devastating hurricanes," saying, "Our future is up to you, go to fightglobalwarming.com, while there's still time." I was nauseated.
Once again little children are used as pawns in an effort to brainwash people into thinking the world is coming to an end. And it's all because of that evil, insidious gas called CO2. Yeah, that's right, the stuff you exhale every time you breathe is going to destroy the world for your grandchildren.
Here's the ad.
Here's my two cents: Fight the hysteria! Fight the real battles of AIDs, malaria, extreme poverty, water pollution, illiteracy, and malnutrition. Fight against problems that are proven, and that we can most surely fix. Global warming is not even directly correlated to man's CO2 production. How can you fight a problem that may not even be causally linked to man? Well, quite simply you can't. You cannot fight anything if you do not know what causes it. Do we know what causes water pollution? Do we know what causes illiteracy? Do we know what causes malaria? Yes. Yes. And Yes. Would it stifle innovation and cost an unforeseeable amount to attack these known problems? No. Can the fight against global warming say the same? No. Bjorn Lomborg gets the priorities right in this video.
So what is the solution? Better research. Level-headed research that doesn't politicize science. Saying that man-made CO2 will bring about the end of the world is as valid as me saying having a glass of wine a day will make you explode in 30 years.
Posted by Michael Powers at 1:27 PM

Good post. I'm sick of the global warming stuff too. My philosophy is that I think it's important to protect the environment, but I'm not so sold on the global warming stuff. I really enjoyed the video about prioritizing problems. Wonder if the world will ever really wake up to something like that though. But yeah, it's pretty shameful to use children to brainwash people.

But you are the one who is politicizing science! Any examination of the facts (see here: http://www.ipcc.ch/ipccreports/assessments-reports.htm
)
shows that global warming is a real and dangerous phenomenon. Hell, even the Pentagon, not exactly a bunch of tree-huggers, has devoted its in-house futurist (i.e., guy devoted to thinking deep thoughts about future conflicts) to the problem -- his view, incidentally, is that resource depletion as a result of global warming will lead to hordes of Latin Americans heading north.

You say the science should be cautious; yet it has been over twenty years since scientists first began to raise these fears; they have done experiments testing their hypotheses, and using the accretive processes of inductive reasoning, established not only the fact of global warming, but also the central role played by CO2. It's either glib or underinformed -- actually it's specious -- to argue that CO2, because we exhale it, could not be responsible for increased warmth. Of course we breath it out; we always have. But what we have not always done is release long-sequestered CO2, that had been underground for 400 million years in the form of coal, oil, and other hydrocarbons, in a space of time (200 or so years) that is just incredibly tiny in terms of geological time. Note too that there is an established physio-chemical relationship between CO2 and warming (see here:
http://www.aip.org/history/climate/co2.htm.) Ice core studies from Greenland have established that there is more C02 in the air today than in the past 600,000 years. Does that not cause any sort of unease? You and Scott may be "sick of the global warming stuff"; this does not mean it will go away.

Finally, you never adequately demonstrate, or really even try to demonstrate, that the ACTUAL SCIENCE behind things like the IPCC report or the UK Met Office is actually flawed. You simply assert that it is not true, or make frankly ludicrous and conspiratorial accusations about James Hansen's monetary interest (?) in duping the public on global warming. So is the entire geophysical world in cahoots on this? Occam's Razor, anyone?
The science is wrong, you say, But why is that so? is the question you never answer. Where are the flaws in experimentation, or interpretation, that have misled well over 90% of the world's foremost experts on this to come to this conclusion? Or is it easier to simply ignore all this empirical evidence and cling to a theological unwillingness to acknowledge the picture it might paint, in the fashion of those Cardinals who, when trying Galileo, refused to look through his offered telescope, lest it offend their Ptolemaic notions? "And yet it moves," the scientist said. And yet we warm.

As for the problems you cited, it seems to me that you are taking a rather blinkered view of them. Starvation, malaria, and other epidemics will get worse, not better, as the climate warms. Many countries will simply cease to exist (Maldives, Bangladesh, Florida). You are already seeing resource wars based on desertification in Africa; these will only increase as deserts get bigger and hotter.

Ulitmately, it seems to me that your blithe dismissal of both expertise and world opinion -- we were, after all, founded declaring "a decent respect for the opinion of Mankind" -- is really quite dangerous. If you got the heads of internal medicine from the med schools at Harvard, Yale, Stanford, Columbia, Oxford, Heidelberg, the Sorbonne, etc., along with the heads of internal medicine at the world's top 500 hospitals, and asked them to assess a patient, and 92% said that the patient has an inflamed pancreas, wouldn't you go with the hypothesis that, in fact, the patient had an inflamed pancreas?
Similarly, if all your best friends told you that your idea that you would successfully, say, jump the Snake River Gorge on a motorcycle was nuts, wouldn't you listen to them rather than declare that they were all nuts?

Finally, I think it's pretty selective to charge global warming ads with use of kids. I mean, that has been one of Madison Avenues sure-fire ways to tug at heart-strings since the 19th Century!

I don't buy it Ben, and I'm not alone. My reasoning is not any more specious than that of the IPCC. The global warming crowd has made their argument unfalsifiable, and that makes it rather unscientific.

By claiming first that global warming would cause massive temperature rises that would expand the deserts, create droughts, and melt ice caps they said the world would get warmer, but now its not so much that it'll get warmer and create problems associated with a hotter climate, but that the global warming will just cause erratic fluctuations in weather and temperature. That's like saying Marxism is still true, it just hasn't met the right conditions for the proletariat to take over.

If man made global warming is real then there needs to be debate and falsification of the theories and data, otherwise it is just another dogmatic position.

Furthermore, the IPCC's most reliable statistics for global temperature come from Dr. Hansen at NASA who is a notably political about his science, and who used bogus temperature readings for Siberia. He carried the same temperature for October than was recorded in September. Now that's good science.

Oh, and if that weren't enough, there are literally thousands of people from research fellows, professors, scientists, economists, etc. who have been extremely skeptical and yes, even scientific about global warming.

However, why are they not heard as much? Because their science on global temperature fluctuation isn't as sexy as the global warming alarmists. They claim that we are not headed for an armageddon, instead seeing that there are many other factors involved with global temperature that are entirely beyond man's control. Ex. the sun.

And, don't begin to tell me that global warming science study for 20 years qualifies it as an immutable law. It is a theory. And it needs time and level heads to be considered scientific. Many politicians and members of the press are all too happy to jump in the global warming alarmist's pants because it means better ratings, and more money for them to spend.

Those are some questions that are pretty important. A lot of the CO2 comes from burning fossil fuels right? Well fossil fuels come from extremely old decaying life...so does that mean that prior to dinosaurs becoming extinct, things were perhaps warmer, and there was more CO2? Uh oh. And they didn't even have cars. Man wasn't even around. And they were totally globally warmed up the ying yang.

Oh, and the fact that we are only 10,000 years from an ice age has no relevance right? Couldn't be that we are still making our way out of the ice age...no that couldn't be it.