Wildlife. Generally speaking we love it. And, we often love it to its own doom.
On BYU campus there is a herd of deer, and a pride of feral cats. They run rampant. The cats are generally speaking pretty schizo, but the deer are apathetic. The deer don't seem to care about people because they've been lulled into a dependency cycle. 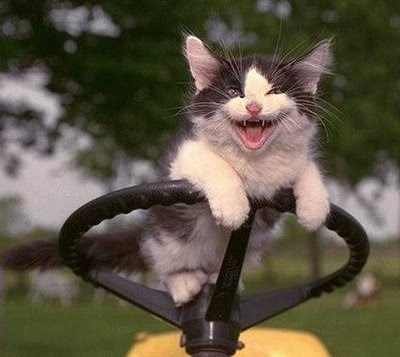 At National Parks there are signs that advise people not to feed the wildlife, not to get too close to the wildlife, and in general be smart. Why? Well, if animals become too accustomed to people the begin to lose their ability to be wild. They let their guards down and become something in between domesticated and wild. What do Park Rangers do when a fox, bear, or deer gets a little too friendly around people? They shoot it. 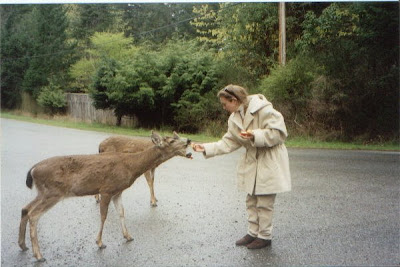 However, because BYU is a religious institution, some tend to think all that roams on the campus is instantly Edenized. By that I mean, if it hops, crawls, quacks, trots, or slithers, it can do no harm, and it should be treated like a pet. BYU campus, for the record is nothing like Eden (You can take that to the bank). So my brother and I have devised a plan to make the feral animals wild once again. They need to fear man. 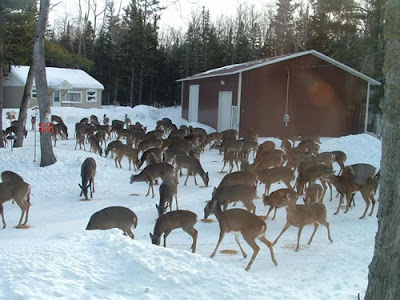 There have been many times my brother and I have come across the deer on our way to the gym, walking down the street in the early morning, or, on occasion in broad day light in between classes. It didn't matter how close my brother or I got to them, they didn't flinch. Well, we had to do something. It started with barking and chasing. Well, the deer reacted, but only to scamper some twenty feet away. So we continued to give chase, hooting and hollering and scattering sticks...but the effect was minimal. So my brother came up with a suggestion.
You all are probably plenty familiar with ping pong paddles. Well, he figured he could easily get close to them and give them a smack on the behind. I assented that it was a good idea, but I suggested something more comedic. We could sedate the deer, then strap stuffed animal monkeys or elves on their back for the holidays. Or, we could even use battery-powered Christmas lights for their antlers.
Needless to say, the ideas were brilliant. Expect to see a deer resembling rudolph, with a small stuffed gnome riding on its back sometime soon.
Posted by Michael Powers at 5:49 PM

I am looking forward to it.