The New Pink: Dating a nerd 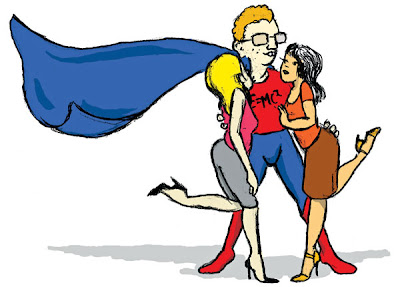 Everyone likes to be on top of the next trend, and for you fashionistas out there, there's a great one coming. I'm sure you've all heard that this color or that color is the new pink, but now there's a supplemental lifestyle change that is just as good as the next color. Forget about earth tones, paisley, skinny jeans, or over-sized sunglasses. The real next pink is dating a nerd. 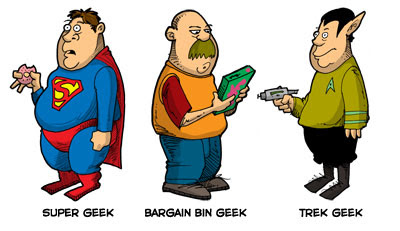 That's right. If you date a nerd, your coolness factor skyrockets. The trend has been backed by some big names in fashion. The coalition formed to promote nerd dating includes, but is not limited to Armani, J Crew, Ralph Lauren, Gap, Gucci, and BGCG Maxazria.
To become part of the trend you cannot merely pick up a token nerd for a week and dump them once your friends see. The relationship must last at least 3 weeks as prescribed by the coalition. Those who have succeeded in more long term nerd relationships are to be commended. 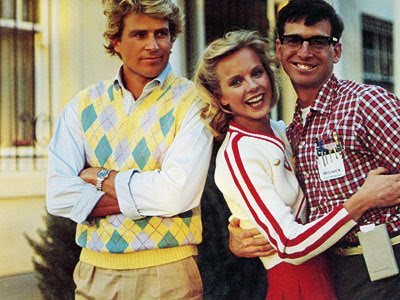 One particular success story comes from Oakland, California. Cindy Fox and her beau Sigmond Neuerbonsen have been dating for over a year now. Cindy said:
"I've been with Siggy for a while now, and I just don't know what I'd do without him. I can take him anywhere, and his shirts are always pressed to perfection, he always has a pen, and if I ever need to do some mental arithmetic he's there for me. I also love the way he stares at the floor and blushes when I kiss him."
When Mr. Neuerbonsen was asked why he thinks his relationship with Cindy has been so successful he said:
"I think she likes my fashion sense. I always wear plaid, and whenever I go out I make sure to put a brand new ticonderoga brand number two pencil in my left ear. She also loves riding in my bike and playing with the streamers and ringing the bell."
A scientist at the University of Pittsburgh named Dr. Theodore Melvin believes the trend is a step in the right direction.
"When you put a good looking, shallow person's genes together with a nerdy person you get a normal person, and I think that's something society could have more of. On another note, I now have a girlfriend. A year ago, I never thought that was even fathomable."
The nerd dating trend, however, may be short lived. Some fashionistas have even started to exchange their nerds for shiny bracelets. Another possible trend could also involve owning lots of cats and buying an enormous victorian house in need of a lot of repairs. Experts are divided on the issue, and say it could go either way.
Mary Newhouse of HOT FASHION, a new high end designer brand from New York said:
"No, the nerd thing was cool. I mean, I still have mine, but I needed to spice him up a little bit. I wrapped a blue scarf with purple sequins around his leg and I have him shimmy behind me when I'm talking to company. Occasionally I make him wear a mask and a feather boa.  And, I think he really likes it. It's a win for everybody." 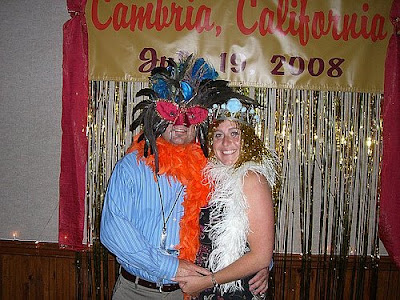 Whether the trend stays, goes, or morphs into something like what Ms. Newhouse described is hard to say, but to all nerds out there at least they can take this olive branch and live more fulfilling lives.
PS - Bald babies might be the new black.
Posted by Michael Powers at 11:21 AM