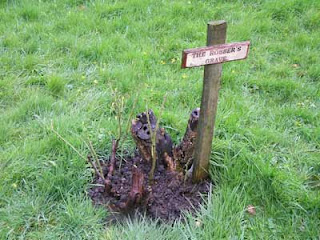 I'm going to proclaim her political death right now. Hillary is gone. But, strangely enough, it is a bittersweet farewell. She was a pandering, lying, self-promoting, scandal-ridden ho, but oh she was loved! That blonde hair and wrinkly over-done face. She could stare down a dead person. Even more so now that she's dead. She gave us all so much fodder! Food for thought. I will never forget the debate with her and Obama when she said "It's the government's job to fix the economy." Oh what genius. Free markets are needless and stupid with Hillary around. But, alas, she walks, she talks no more. She would have been smoked by McCain. She was a time bomb waiting to explode. But now she's gone. Without so much as a poof. 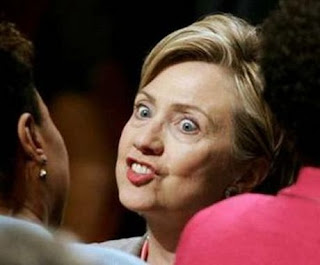 I'm a dog lover, I like a good bitch every now and then. Hillary was no different. Obama has the nomination wrapped up in the pocket of his designer jeans along with the hearts of the media. He may have to provide a bonus incentive to his staffers and followers: kneepads. Like Michelle Malkin so bluntly put it. But Hillary has no one waiting on her. Ogling her every move. Well, I was (Well not really, but it was fun watching her make a fool of herself). Goodbye Hillary! I'll miss you. 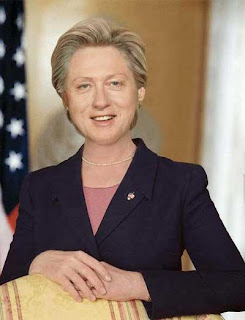 A lot of this post's in pretty poor taste, I'd say.