Whales and Manatees: 'Protective layer of Blubber' a Cop Out 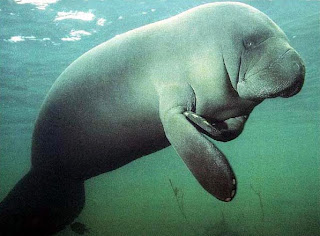 There are many creatures in the animal kingdom who have been given a free pass for far too long. Creative wording has hidden the truth and kept many of them in unhealthy conditions. Quite often, when referring to manatees, whales, and even hippos, scientists have used the phrase "layer of protective blubber." Well, it's time to stop the sugar coating and enabling. Quite simply, these animals are fat.
For years now Europeans and Americans have been concerned about obesity among its citizenry, but they have forgotten about their even heavier mammal neighbors. The most poorly treated has been the manatee. Slow, docile, and for all intents and purposes, a stupid aquatic cow, the manatee as a species has taken several hits. Some quite literally (from speedboats), but some more indirectly by scientists who insidiously refer to their slowness and weight problem as "natural". 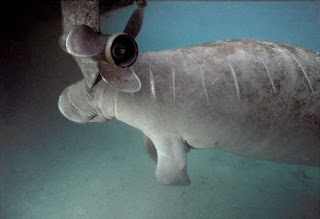 Manatee activist Charles Bruthaumer, visibly upset said, "They are being hit by speed boats, and we are supposed to not help them lose weight and become faster? Where is the Richard Simmons of the sea world? Why don't they get Jenny Craig diet plans? Where are their banana nut smoothies?"
The problem has reached pandemic proportions, with 100% of the manatee population affected by obesity. And, unfortunately most whale species, from the western Pacific to the Atlantic are suffering from the politically correct and severely enabling diagnosis of a "healthy layer of blubber."

"It saddens me. So many activists say 'Save the whales' and 'We care about sea life' but then turn a blind eye to this obesity problem," said Dr. Zhivago of the Aquatic Obesity Institute in eastern Russia. 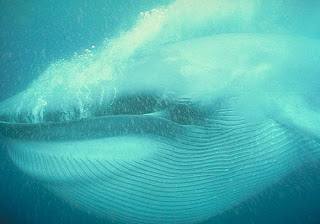 But, while some nations do not even know there is a problem, others have been trying to fix the problem for years now. As it turns out, Japanese whale hunting fleets have not been merely killing whales for their meat, but in fact have developed an effective program that captures whales and gives them state of the art marine mammal liposuction. Dr. Kurimaku, lead plastic surgeon for operation "Thin Whale" had this to say:
"Everybody gets so mad at my country for whale fishing. If only the government would let us tell the world what we are doing. We aren't killing the whales. We are saving them." 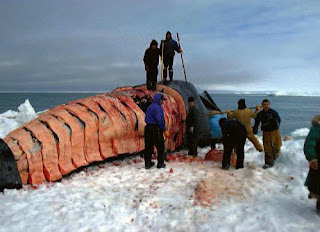 If only more nations of the world could be as proactive as the Japanese. Unfortunately the future looks grim for most aquatic mammals. The rate of diabetes and number of cases of heart diseases for whales and manatees has sky-rocketed in the past 5 years. Most dolphins, the trim and healthy of the aquatic mammal world, don't seem to mind. Former star of the '60s TV show 'Flipper', had this to say:
"Those stupid whales and manatees just need to stop feeding on krill and seaweed all day and get some exercise. They could take up surfing, or water acrobatics. I hear that the killer whales have even developed treadmills on some of the northern ice flows. The fat ones just need to reclaim their lives. It's doable. Just look at me." 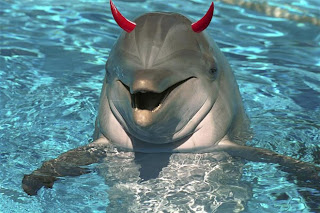 If you watch closely, you'll see a manatee performing a barrel roll in this episode: http://scenefromflorida.com/2009/02/episode-11-manatees-and-more-at-blue-spring/