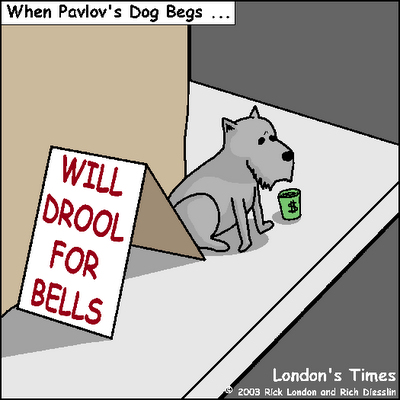 Sometimes when you read this blog you chuckle. Other times I hope you think. Other times I hope you get confused. But today the blog is going to touch on some important stuff that most people should know. I got this article from Investment Business Daily. I think it was published either the fifth or the ninth (sorry, I cannot make out my grandmother's handwriting on the copy she sent me). I am in no way claiming this as my own work, but I am taking the time to re-write it on this blog verbatim for all of your benefit. Read on. 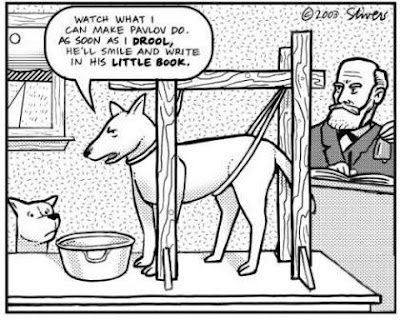 "Economy: Congress is ready to ram through a half-baked stimulus package costing as much as $1 trillion. But if it's stimulus we need, why not make it effective stimulus - tax cuts, say, instead of wasteful spending?
The massive new spending program that is being pushed by the congressional Democrats emboldened by their newly enhanced majorities may come up as soon as Tuesday, when they return from their holiday breaks.
Unfortunately, they've picked the least effective way to give the economy a boost. Those who argue for hundreds of billions of dollars for infrastructure projects and "green jobs" have it all wrong. We've tried those remedies before and found them wanting.
In the 1930s, for instance, we went on an infrastructure binge, building new roads, dams and schools; electrifying the rural south and enlarging our ports, among other major tasks.
Granted, some infrastructure improvement was called for. But all the activity didn't pull the country out of depression - not by a long shot. Unemployment averaged 17% in the '30s, and it wasn't until 1941 - the start of World War II - that GDP returned to its 1929 level.
Japan followed the same Keynesian game after its real estate bust of 1989. To the applause of many American liberals, hundreds of trillions of yen were spent on infrastructure, raising outlays on big projects from 6.5% of GDP in 1990 to 8.3% in 1996 - even more than contemplated under Obama's plan.
That didn't work either. The 1990s were a "lost decade" for Japan's economy, and the country is still stagnating. Its infrastructure boom did have one lasting legacy however: Japan is now the most heavily indebted nation in the OECD.
If President Obama and his fellow Democrats get their way, the U.S. may soon be trudging down the same path. Next year, reckons budget expert Stan Collender, the defecit may hit $1.3 trillion, or 8% of GDP, as Congress tries to spend its way out of recession. That's roughly $13,000 for every taxpayer.
Shouldn't we at least expect some big bang for our bucks? If so, and although it's not popular with his party, Obama might want to re-think his aversion to tax cuts. They'll actually work.
How do we know? Because they have in the past. In the '20s, '60s, '80s and again this decade, new presidents also faced grim economic conditions. Each time, the president - be it Coolidge, Kennedy, Reagan or Bush - cut taxes. And each time the economy boomed.
McKinsey & Co. estimates total losses of $1.4 trillion to $2.2 trillion due to the credit collapse. But this can be reversed by making the underlying assets profitable again. The fastest way to do this is to cut taxes on businesses and entrepreneurs, which will immediately lift the rate of return on assets and thus their value.
This in turn will bring more investment, more hiring and more income - all things that Obama has said he wants.
We're not making this stuff up. According to research cited by former White House economist Greg Mankiw, the economy expands by $1 to $1.40 for every $1 spent by government. But if you cut taxes instead, you really get results.
Mankiw cites a major study of tax cut changes dating back to 1947 showing that each $1 of tax cuts brings $3 in added GDP. This study is particularly significant because one of its authors, Christiana Romer, is Obama's chief economic advisor.
Simply handing blank checks to Congress and the White House, and letting them pass an ill-considered stimulus plan with little transparency and no checks on spending is a very bad idea.
No stimulus would be better than a bad stimulus. And the only stimulus that's been shown to really work is cutting taxes.
Posted by Michael Powers at 8:09 PM

I will say it does seem like there is probably some sort of limit in both cases as far as the spending and cutting taxes. That is to say, I'd imagine it isn't a steady statistic at certain points. Obviously he does show some of that leeway in the numbers, but a graph would be far more effective to really see what is going into that data. It's too bad that wasn't included, but that's not your fault.