The Metaphor of the Pet Fish

Try to pull a life lesson or sophisticated metaphor out of this: 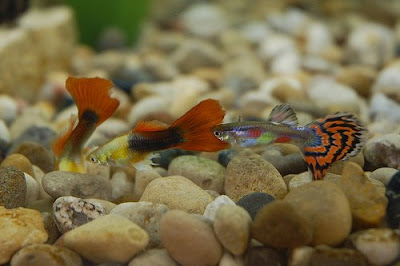 At the beginning of this semester my brother agreed to take care of three guppies when a girl he hardly knew said her landlord wouldn't let her have them. So, we, or should I say I, ended up caring for these fish. I kept their tank clean, changed their water, fed them, and did all the normal fish care essentials. Unfortunately, I had to leave for winter break. While I gorged myself in holiday dinners and moped around my parent's house, the fish were back at school, all alone. I told a friend of mine to feed them and water my plants, and thought not much of it.
Then I returned. One of the fish was dead. Another was doing strange acrobatics and water Tae Bo that led me to believe he was also near the end of his days with us. A few days later he died. They were of course given their due respect with a proper fish burial, involving a net and a toilet. So now I have one fish. He has remained chipper, and one might even say "plucky." He eats well, swims well, and seems to enjoy being the king of his domain. 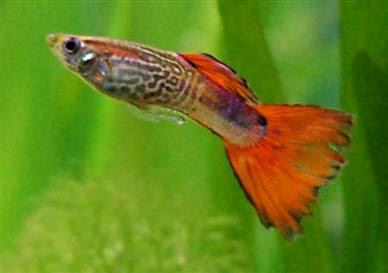 So I suppose my question is this: Which fish are you?
Are you like my last remaining fish who held on with faith until after the master returned and still lives in harmony on his fish throne?
or
Are you the fish who died before his return?
or
Are you the fish who held out long enough to see the master, do some stupid tricks to either save yourself or impress me, and then die shortly thereafter?
Posted by Michael Powers at 11:50 PM

Way too philosophical for my fish brain.