Hollywood has been warning us against this for years. From 2001: A Space Odyssey to Star Wars to the television series Futurama, sci-fi writers have always been fantasizing about the role of robots in the future. They’re sassy. They’re smart. They’re homicidal. 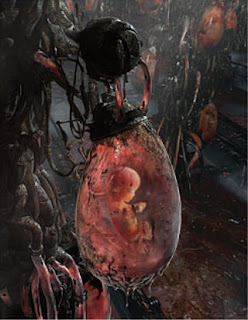 “Every mammal on this planet instinctively develops a natural equilibrium with the surrounding environment; but you humans do not. Instead you multiply, and multiply, until every resource is consumed. The only way for you to survive is to spread to another area. There is another organism on this planet that follows the same pattern... a virus. Human beings are a disease, a cancer on this planet, you are a plague, and we... are the cure.”
– Agent Smith

Al Gore agrees. He even looks like an agent. If we didn’t have as many people around, our carbon footprint wouldn’t look so much like a Sasquatch sighting. Then again, you know what they say about big feet…

Sure, using humans as generators doesn’t make sense if you know much of anything about thermodynamics and how the body works—but just try to explain that to your robot overlord!


The Lord of the Rings 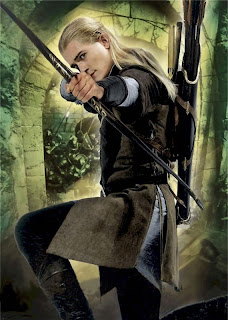 Don’t tell me you missed the subtext! “Burn the forest,” says the villain. Start manufacturing weapons and armor and scorch the earth a black that can’t grow back. Obviously Saruman’s slave force and Sauron and the Ring of Power represent the Middle Earth equivalent of our big, bad industries and robots. Who are the heroes? The quaint short people with green thumbs. You don’t want to end up like Frodo almost did when he so poignantly said, “No, Sam. I can't recall the taste of food, nor the sound of water, nor the touch of grass. I'm naked in the dark.” Every time I kick a vending machine because it ate my dollar, I’m like Legolas shooting an orc in the face.


Jurassic Park
Probably one of my favorite movies of all time. The kind of flick that has you leaving the theatre pretending to be a velociraptor. But if you think about it, the message is clear: too much automation and t-rexes start eating people off of toilets. Maybe we should be careful about trying to genetically engineer and reconstruct pre-historic carnivores, but more importantly DO NOT PUT ONE ORNERY, EASILY-BRIBED COMPUTER SCIENTIST IN CHARGE OF ALL THE DINO CAGES! Chances are he’ll write up some computer code to do all the hard work and then get eaten by a dilophosaurus before telling anyone his password. Learn from history….er, Hollywood.

What was it they say about big feet again?? Big shoes? ;)