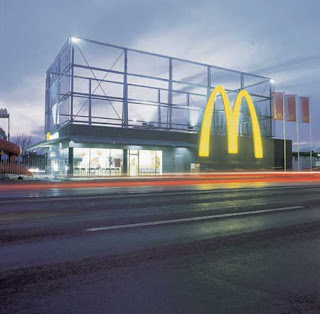 The drive-thru. Some fast food chain is going to try to be even faster. Speak into the microphone, voice recognition technology receives and interprets your order, you insert cash into the slot or swipe your card, and your bag of hot, juicy whatever rolls out conveyor-style at the next window. Untouched by human hands. Completely sterile. You are what you eat.

Autonomous taxi drivers. Robot chauffeurs. You think it can’t happen? If you’ve ever heard of the DARPA Grand Challenge, a competition for driverless cars sponsored by the Defense Advanced Research Projects Agency (DARPA), you might know where I’m coming from. Basically, this branch o 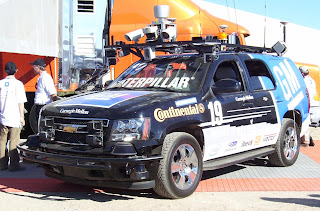 f the military puts out some big bucks to see smart people build a robot driver to navigate some course. 100% on it’s own. Put it on the start line and flip the “On” switch. The first challenge was held in 2004 on a 150-mile desert course in California. No one finished. Then in 2005, on a different course, there were five teams to cross the finish line. Stanford’s Volkswagen Touareg “Stanley” came in first place. Most recently in 2007 there was the Urban Challenge. The Urban Challenge was held at George Air Force Base in southern California and required the autonomous vehicles to drive some 60 miles in a simulated urban environment in under 6 hours, obeying all traffic regulations while negotiating with other traffic and obstacles and merging into traffic. Four teams finished the course on time, and two more came in late. In three years the concept of autonomous vehicles went from an “interesting engineering problem” to a “really interesting engineering problem…we can solve.” 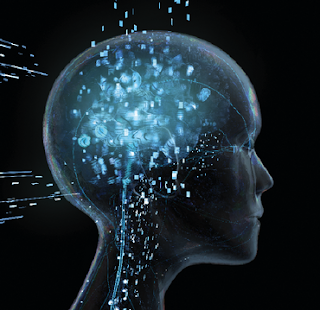 Technological Singularity. Look it up on wikipedia. More and more smart people are saying that machines may some day, someday soon, be able to improve themselves through artificial intelligence. Taken another way, if the human brain could be thought of as a finite state machine (there are only so many atoms and electrical impulses contained in that skull), then is it just a matter of time before we figure out the rules that an artificial neuro-system would need to operate with to become a sentient vacuum cleaner? Set a place at the table for the Roomba.
Posted by The Jimbo at 4:16 PM