I have always had respect for a certain member of my immediate family. He studied hard, worked hard, ate well (as in healthy food, not necessarily large quantities), and has for most of his life been admirably normal. Well, not normal, but admirably great in the normal way of being great.
Well, I have recently re-thought that admiration. You see, I was on facebook, as is my custom, and saw a few interesting photographs. This family member was tagged in them, but I couldn't really see him. Well, not as I expected to see him anyway. What I did see was a very top heavy woman with little poise and plenty of floozy mannerisms. What I saw was a drag queen. 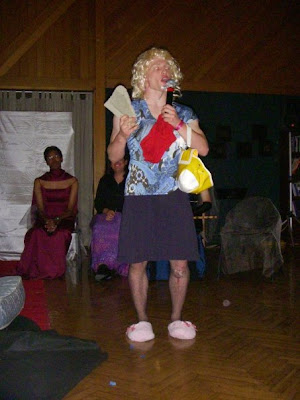 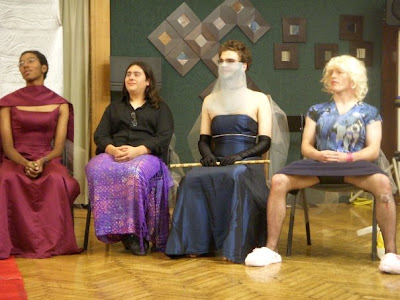 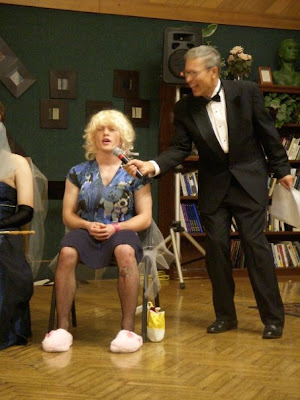 I spoke to him about it and he said it was for a contest, and that he had won it. Well, as much as I like a winner, I don't know if winning that contest was really a win for him. His mentality was, "Well, if I was going to look like that I was going all out, and I was in it to win it, otherwise it would have all been for nothing."
Winning.
You chose winning over redefining your life-long image of masculinity. Thank you for that. You left me with great pictures to show your future children. I promise I will use them. Frequently. 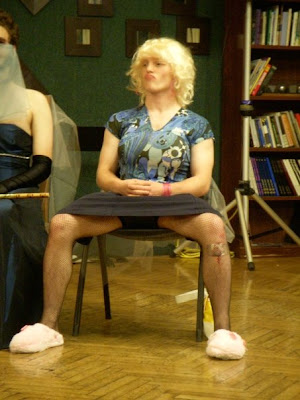 You didn't even mention the cantaloupes! I think that's a pretty juicy detail...weak pun intended.