Swine Flu: Run for your life! 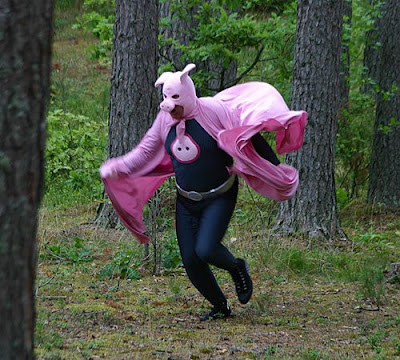 OMG! It's the swine flu! I'm so scared. I mean I spend most of my time in Mexico rolling around in the mud with pigs and cutting deals with rural pig farmers. It's almost as bad as the West Nile virus that killed hundreds of crows across the US. But it's not quite as bad as the avian flu that killed many Chinese chickens and caused thousands to be slaughtered by the government in the worst chicken holocaust since KFC was founded. 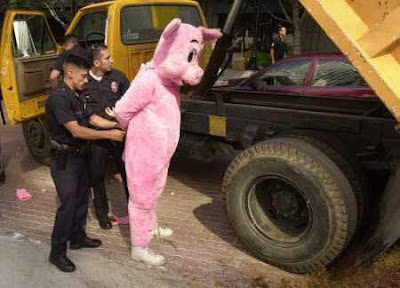 The authorities are cracking down. 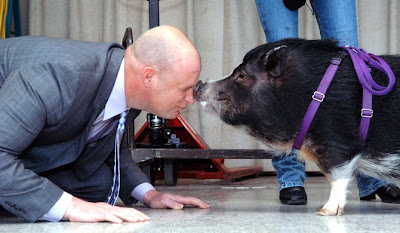 But they're having some fun too.
The swine flu is worse than AIDS. At least people got AIDS from monkeys. I mean, I know it's an ethical question that no one wants to talk about, but is it better to touch monkeys or pigs? Perhaps Michael Jackson has an answer. I like monkeys better, but that's just a personal preference. There are a lot of sick pig obsessed whack jobs out there. 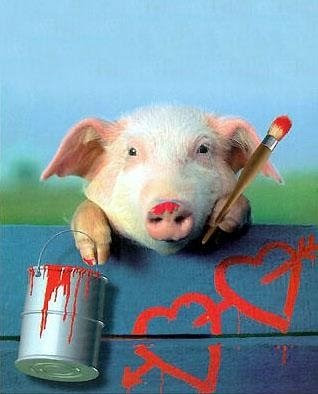 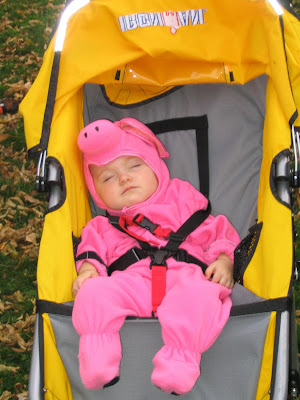 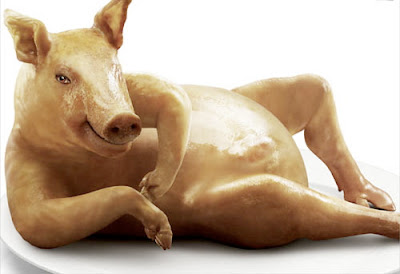 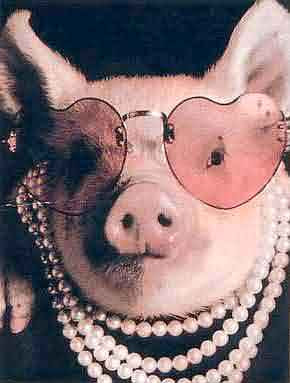 I know what you're going to say. "But these people didn't get it from getting jiggy with pigs. Pigs are just genetically similar to humans and so the disease was easily communicable." I'm not buying it. Sounds like something a pig lover would say. 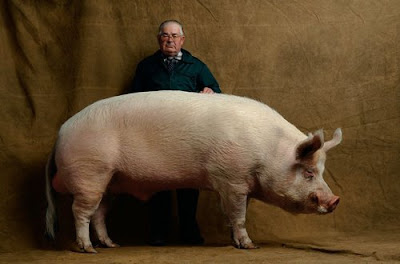 I'm still wondering why we are so worried about a flu that hasn't proven more destructive than many of the annual diseases we see every year.

Yeah, I'd say it's probably the most blown out of proportion hogwash I've ever seen. Pun intended.