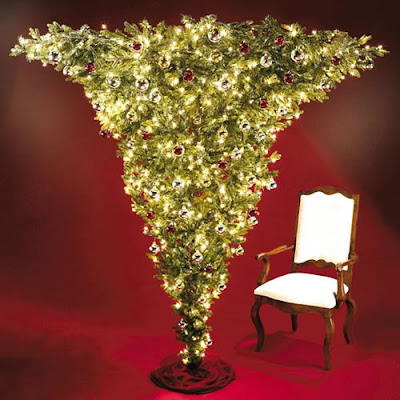 During this holiday season we read stories, decorate, chop down trees and put them in our house, darn socks, roast chestnuts, have fires in the fireplace, go caroling, bake cookies, and do a lot of things we otherwise would not. We believe in toy making elves, and overweight sled riders who bring presents by going down the chimney. We believe in mistletoe's magical power to bring lips together, and we believe that flat screen TVs are a necessity. However, I'd like to go a little bit counter current. I know I never do, so this should shock you.
You should all be familiar with Charles Dicken's A Christmas Carol. It is probably one of the most oft-recited and most often readapted to TV specials of any other Christmas story. Even the Christmas story with "You'll Shoot Your Eye Out," "Fudge," and that stupid kid getting his tongue stuck to a poll doesn't come close to "bah humbug!" or Tiny Tim's "God bless us, everyone!" 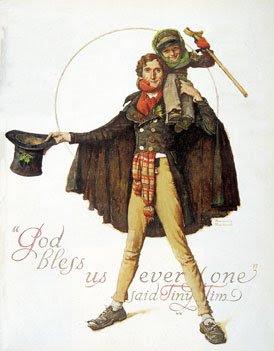 But, I have some news that might shock you. After some investigative journalism (and by that I mean the idea popped in my head with no references, research or anything), I have discovered the truth about Tiny Tim. As it turns out, his name was not really Tim, nor was he tiny. Tiny Tim was in fact an obese savant named Mark. Whether he was called Tiny Tim to be ironic, or to be endearing we may never know. 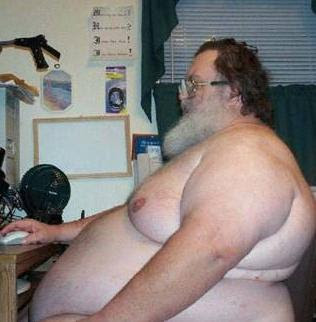 Tiny Tim did not in fact use crutches (although he tried several times to no avail). The best Bob Cratchit could do for his son was tie him up with the rope and winch at the town well. And this merely shows how good a man Mr. Cratchit was because, as you now know, Tiny Tim, or should I say Mark, was not crippled, but just overweight. But, to repay his father's kindness, Mark would make perfect clay models of animals with his teeth (that was his gift apparently). Then, Mr. Cratchit would sell these clay models and give the money to a nearby orphanage.
Mr. Scrooge on the other hand was as big of a jerk as he appears in the book, and in TV adaptations. True to form, he didn't care much for his employees and in fact was very cruel to Mark. He had a fear of fat people and is believed to have come up with the name Tiny Tim to calm his nerves whenever he was pestered by Mr. Cratchit's humble pleadings for time off or bonuses.
So there you have it. That is the truth about the beloved Christmas tale. Merry Christmas! And as Mark the obese savant said, his mouth all full of clay, "God bless us, everyone!"
Posted by Michael Powers at 1:17 PM