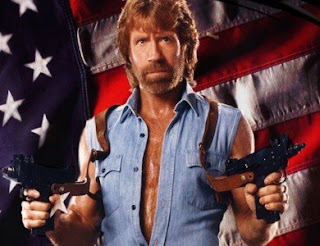 What happened to the manly man? Did he die off or disappear? Did the heir to his throne become a cross-dressing, hairstyling, shoe horse? It is beginning to look that way. But whether it be a look at what was, or a glimpse into the endangered lives of the rugged few who still proclaim themselves such, we shall define what is a manly man.

A manly man is a rough rider. No, not one of those rolled up pant leg, lunch lady hair net on their head, driving out in an imported Japanese car with shiny wheels and a subwoofer as big as a Cooper Mini – rather the kind that rode out on horseback with Teddy Roosevelt in Cuba to show the Carribean why the west was won – with a six shooter and a mouth full of tabbacy.

A manly man is the king of his domain, his throne is in the bathroom. If his byproducts are not huge and smelly, he’s a wuss, a pretender…even a metro. The bathroom is his sanctuary, and as such he should have plenty of good reading material that deals with what really matters in life, not Ladies Home Journal or a cook book.

A manly man is a man so composed and controlled he can keep his poker face all day long, or stare at the crack on a wall for days at a time without flinching. If the world is falling down outside around him, he can stay still and finish his meal and turn around and give it the old lazy eye and scare it back to normal when he feels like it.

A manly man eats meat. If there were no more lettuce or green vegetables in the world, he would make a salad out of meat slices and barbeque sauce. Meat to the manly man is like oxygen to the normal man.

A manly man does not need a lot of words. Sometimes a nod, a pat or a grunt suffice. Oftentimes these simple gestures are much deeper and more meaningful than words themselves. The manly man language is mocked and is usually indiscernible to women, but if there weren’t Navajo code talkers in World War II, those pansy Japanese still would have had their hands full.

A manly man gives his coat to a lady. The obvious reason is because he’s a warm hairy beast and would overheat if he kept it. A manly man’s hands are so warm he can heat up a hot pocket without a microwave, or pop the last few kernels of popcorn left in the bowl after a movie, instead of getting up and popping more.

A manly man’s fruit roll up is a piece of leather, and his trail mix is sand and gravel. When he tells you his chili is hot, you shouldn’t be able to feel your tongue for a week afterwards.
Posted by Michael Powers at 1:28 PM

Beautiful Ian. Loved it. I'm finally getting myself connected with "The Satire Report." I'm the type though that I love context and stuff so I'm actually going to go through and read all of your old posts, so I'll probably be behind the times a bit but hey whatever. I do love this commentary on society though. I can't stand all the stinking sissies out there. I mean I can handle wimpy guys on occasion, but the girly metros running around out there are just bad news. I can't believe they don't see something wrong with being too much like a girl. Sure there's things we could improve upon that women are good at and vice versa, but that doesn't include making sure you've got lotion and wearing women's pants and makeup (even if it is makeup marketed to men). I also love the fact this sounds like something straight out of the Chuck Norris joke series. I suppose we could all take a lesson from Chuck.