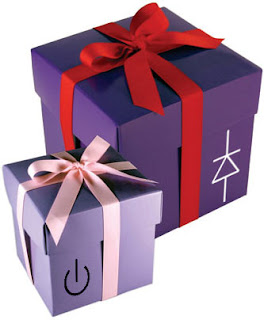 Ok. I'm all for anonymous donations to charitable causes, and anonymous gifts to deserving individuals, but to an extent anonymity freaks me out. I mean, when you meet someone, generally you exchange names. To me, it's a little bit more than just a formality, but it allows me to say, "I met, or I know him/her/it." However, at least to date, I've never gone to a dinner party and had someone introduce themselves as "anonymous." Except that one time, and it was on his name tag, and he also wore a bag on his head and claimed to be mute. But that case aside, names are good. They provide comfort, not unlike a warm fire on a winter's day, or a lock on your front door before you go to bed.

Now to the point. Online people like to protect their identity. I get that. But I would prefer a lie than someone posting as "anonymous." I mean c'mon. Posting online is fun! Imagine how much more fun it could be with a new name. Let's say you hate your name, or, perhaps dislike your parents, well guess what? Now it's your chance to stick it to them. Those of you named Ug, Chesterfield, Nubby or Adolf can fight the system! Now Ug can be Sean, Chesterfield can be William, Nubby can be Chase and Adolf can be Bobby. Think of the possibilities! Liberate yourself and post with a new name. No more will you have to sit in the back of class and mumble when your name is called! No more will you bashfully write your name in size 4 font on the nametag stickers! No more are you Ug! Say no to anonymity, and live life with the name you deserve!
Posted by Michael Powers at 8:27 PM

WOW -- you are so persuasive! I guess I need a name to make you feel better. Hmmmm, let me think... what name do I deserve? I could be Sean William Chase Bobby, however I happen to be female so that won't do. I'll think about it...

I've decided on a name and I think you'll like it....
Tinkerbell! I briefly considered Glinda (the good witch), but I think Tinkerbell is more appropo. Are you happier now?