A Delayed Thank You. 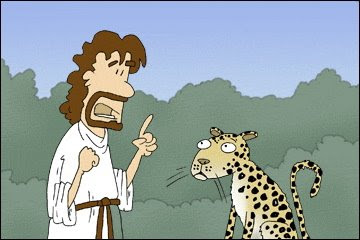 Lepers, I said lepers.
Nine out of ten lepers agree that you should thank Jesus when he heals you. However, as history shows us, only one in ten actually does. However, the page seems to have turned back for three of the unthankful lepers as of 2:30pm today. As it turns out, they have indeed finally expressed gratitude for their new lease on life, albeit nearly 2000 years later.
Jim the leper, one of the original ten healed by Jesus, had this to say:
"At the time, I was just so awestruck. One minute I had no fingers and couldn't feel my lower extremities, and the next minute I was dancing like John Travolta, or actually like myself, although Travolta did a good imitation years later. I meant to thank the man who healed me, but I guess I just got caught up in the moment."
Another of the three, Bill, who also had that same 'caught up in the moment' feeling said, "I honestly didn't really think about it. At the time Jesus was on his first tour, so I didn't think much of it. But, after about 1500 years I started to think, 'Well even if you didn't know the guy you should've said thank you' and then, earlier today I realized I still could thank him. There's always time to be appreciative."
However, the third leper Bobby, had perhaps the most poignant remark when he said, "Let this be a lesson to future lepers who are healed. Don't wait two thousand years to say thanks. Saying thank you completed me, more than the healing ever could have."
The lesson this reporter got was, better late than never.
Posted by Michael Powers at 9:20 PM

Thank you's are far too under appreciated. Also, on a similar note, there's a lot to be said for accepting/acknowledging apologies.