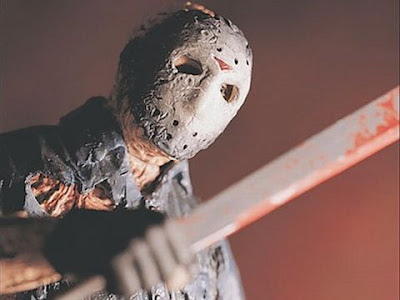 Zombies, chainsaw murderers, monsters, goblins, the undead in general - are they really that bad? Should they really ever make us afraid? I mean, in the movies you see a guy with a hockey mask and a limp slowly trudging towards his victim. The victim, on the other hand is running as fast as they can, yet somehow, the bad guy overtakes him or her. Is the viewer missing the part where the bad guy puts on his jet pack and flies over to the victim to kill them? I would say yes. It's movie magic. The film makers are pulling for the bad guy. The more inevitable they make the fate of the victim, and the more death, blood, and gore, the better.
But, on the other hand, the directors aren't just hiding the jet packs, or teleportation devices that always put the antagonist in the prime position to win, they make the victims stupid or so overcome by fear and adrenaline to do anything even remotely sensible. You've seen it plenty of times. This beautiful, but very trampy girl is running from the slasher and she trips, and for some reason she can't get up for another 15 seconds, or however long it takes for the slasher to get to her. And, sometimes, just to drag it out a bit more, she might make an effort at getting up, then the director will have her slip again. If she tries to find a weapon, it won't be the gun that's only a few feet from her, it'll be a stick or a pebble or something. And, if she actually does grab the gun it will slip from her hand, be out of ammo, or in some way, her shooting will miss or backfire and kill her or somehow help the bad guy.

In these movies the bad guy is invincible. Not only do the directors love the idea of unbeatable evil, but it isn't too bad for the hodgepodge actors playing the bad guys who don't have the skills or looks to be real actors. They don't have to speak, they rarely have to even show their face, and if that weren't enough, they don't really have to walk in a straight line. But, unlike some people who get freaked out by these kind of characters, I pity the bad guy. Sure he's a sociopath, but deep down, all he wants is a real job. He wants to be hosting Ripley's Believe It Or Not instead of Dean Cain. He wants to be Batman, not some mentality retarded zombie undead guy no one likes who gets burned, drowned, clubbed, and tries to kill everyone all the time. Why does the director allow him to be invincible? Think of it as the only plus side to an otherwise meaningless career. It would either be undead monster or sanitation engineer. 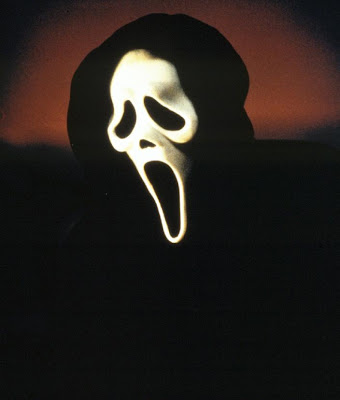 Look how sad he is. You gotta feel for the guy.
Posted by Michael Powers at 2:14 PM