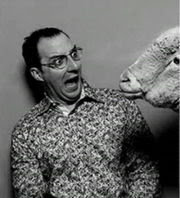 Ok I really need to share something that troubles me (and that is putting it lightly). The reason mind you, is because I am concerned for others' well-being (I know that might be hard to believe).

Let me explain what I find ridiculous in the past couple of weeks. For those of you who don't know, I am a Mormon and I attend church in a BYU 'singles ward' out here in Utah. A ward is comparable to a parish in the Catholic church, like a local group. Now in the Mormon, or, LDS church we have a lay clergy, meaning everyone has a calling and no one gets paid. One calling in our ward is one that entails creating a weekly newsletter called 'The BYU 57th Ward Weekly.' In the past it has had little interviews with people in the ward in the 'Getting to Know You' section as well as articles about new events and even dating advice columns and cartoons. However, for the past couple of weeks the only stories being printed have been engagements. Not that engagements aren't newsworthy, but the sheer volume is incredible. There have been over the past two weeks 5 announcements. Now I think that is great. For some. But some of the stories frighten me. One such story is as follows: 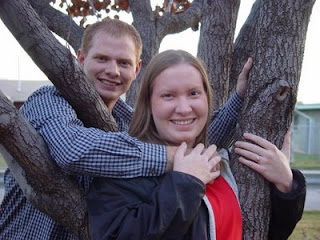 "Conveniently, Bo Curly's* car broke down. It was convenient because then Barbara Ann* gave him a ride home. He asked for her number and called her. She didn't call him back that night, but he called her the next morning anyway. They started dating, and although Barbara knew "it would work out" within the first several days of their relationship, the two dated for a month and a half before Bo proposed. Courtney Ann, as Barbara's roommate, sister, and sole local representative of the Ann family, sanctioned the marriage before Bo took definitive action. She even got to see the ring first.

Barbara knew Bo was going to propose. She even "stopped strategically" several times on a walk with him one night to give him the opportunity. Finally, when the two got back into the car, she gave up. It was just going to have to wait another day. As she started to walk away, he called her back and proposed."

What I love most out of the article is "although Barbara knew it would work out within the first several days..." To be honest that frightens me. Not that I don't believe it's possible, but highly improbable and possibly a delusional or delirious reaction. I sincerely hope they both find absolute bliss together, but I worry that they jumped the gun, maybe just a smidge. And the article was not the least bit romantic, but pretty robotic (ooolala robot love)...I just hope that was because of the author and not the actual story. But if that weren't enough here's another one: 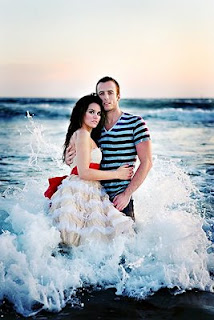 "On August 22, Kate Rigadoo* and Frank Bebop* will be married in the Portland temple, the same temple where her family was sealed eight years ago. Kate and Frank both work at BYU Laundry. One day she went to the back looking for window cleaning supplies, and she needed help finding them. Frank came to the rescue with a friend of his; during conversation with Kate he learned that she had served a mission. The two struck up a conversation about their missions. Kate was sick for the next week, however, and was unable to attend work; Frank thought she had quit. When she returned to work, he came to find her. They went out that Friday and were exclusive by Sunday. Six weeks later, Kate and Frank were sitting in her apartment, talking and laughing after a long day. He paused in the conversation and asked, "Will you marry me?" "Yes," she replied. He double checked: "Really, you'll marry me?" They kissed, and then he got down on one knee and proposed again in Chinese. The next day, after they had picked a date, he proposed yet again - commitment style this time. "Will you marry me on August 22 at 3:00 p.m. in the Portland temple?" She has said yes every time."

The part I love about this one is "they went out that Friday and were exclusive by Sunday." That is awesome. I mean wow, they were so in sync. There's no way that any other time was needed. It was fate.

If these stories trouble you, then thank you for being reasonable. If you think they are cute and special, I kind of question your sanity and sense of normalcy. At any rate, I wish them all the best, and am sure as hell not going to follow their lead. I know God made the world in 6 days, so marriage in 6 weeks is not a biggie. Not at all. It's not like that decision is going to affect the rest of your life, or as Mormons believe, the rest of eternity. It could be a starter marriage...to get more experience maybe. Yeah, that's it.

*Names have been changed
Posted by Michael Powers at 9:07 PM

I would just like to state for the record that I survived 5 years in Provo without getting married! I am almost 26 and I'm not ugly. I do have a brain that i use on occasion, maybe that's why I'm still single!

What is the "correct" amount of time? Six months, a year, six years? How about when you know the time is right? For those of you who have not yet experienced that time, maybe you will somehow, someday. It troubles me when people know that someone isn't "the one" within five minutes of meeting them.