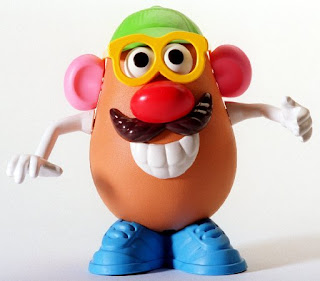 As many of you may be aware, I have as of late been on a strict potato diet. And, by strict I don't mean just potatoes although that is generally what 'strict' implies. I have been eating them just about everyday with ranch and BBQ sauce or butter and salt and pepper and it's been a welcome food for many reasons, most of all taste. Potatoes contain iron, vitamin A, C and some Bs as well as protein. They say eating a lot of them will make you fat, but I tend to think the contrary is true. In fact, I think I have lost fat since I went on my potato diet. However, there always is a but. As cheap, delicious and even healthful as potatoes are, they have their drawbacks. And some might know the biggest one. Flatulence. Now I'm sure there are those of you who love flatulence and having the ability to make your own body tuba music, but for those of us who every now and then like to sit down with friends and maybe even go on the occasional date, it's not quite so appealing. I honestly don't know what it is that make potatoes so gas prone, but I know that they are and if you're going to eat them, you must live with the consequences. While of course a gaseous exclamation every now and then certainly can ease your troubles, I prefer to quell the beast whenever possible. But, at least for now, at the current rate of my potato consumption my room mates and friends are probably just going to have to buy more scented candles and incense.
Posted by Michael Powers at 10:48 AM

Quite the frank openness. I'm not sure what to say to that. Funny though.

I couldn't agree with you more, I often beat Cheetah's while free diving after scaling the Burj Dubai and all with the Taco President (might have been the janitor, I'm not sure).