I would enjoy being a food critic. Is it a problem that I don’t know much about food or being a critic? Well in any case, the job would fit me well. Yes, I enjoy the thought of master chefs cooking up their best to please me, but I think I’d have even more fun writing about it all. Writing restaurant reviews allows the frequent use of words like "zesty" and "smorgasbord." And that's a big plus.
My column would be a brief and reliable excursion into food critique extremism. I might make ridiculized endorsements, such as: “If there was an unsupervised cage match between any and all local frozen yogurts, I’d put my money on Joe Shmoe’s Creamery. Seriously, one spoonful is like a punch to the tongue. Your tastebuds will need to learn Kung Fu just to fend off the sheer awesomosity. It was nothing short of a carnival in my mouth. Radical. Rambunctious. Really…good.” 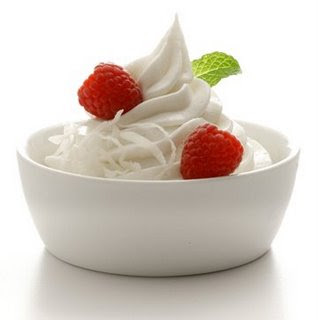 Apparently some food critics already take this sort of creative license to humorously help or hurt those who feed them. Here are a few funny restaurant reviews I found:

"But then this, as my friend had been so quick to appreciate, is a restaurant in only the barest technical sense. This is a clip joint of a shameless brazenness the like of which I cannot recall. A year ago, it would have induced raging dreams involving gelignite, because then it would have made a mint from City bonus boys going doolally with that wine list."

"...I've never known such unleavened casino gloom as at Manchester's 235 centre - and this without wagering a thrupenny bit. 'This is just... just...' murmured my friend as we were seated in Linen, a vast but sparsely populated space a flight of stairs above the gaming floor. 'Why have you brought me here? What makes you wish to cause me pain?'"

"It does seem as if we're hurtling towards the theme restaurant where they give you a blank menu, bring an empty plate, punch you in the mouth and charge you 65 dollars."

So on to my “Dear Journal” bit…

Last night one of our neighboring dorms had a party called “Flavor Trip,” where party-goers paid $3 in advance for a “Miracle Berry.” They were actually buying a tablet made from miracle berries, a fruit that, after being consumed, makes sour things taste sweet. Apparently there’s a glycoprotein that binds to the tastebuds on your tongue and tricks your sensory for a short period of time. Read the Wikipedia on it. Pretty sweet stuff, pun intended. My friends were coming back saying that biting straight into a lemon was delicious, and cream cheese on Sour Patch Kids was the most wonderful thing they’d ever tasted.

And the food ecstasy continues today, where on an adjacent campus there is an International Festival. My brunch included one or two entrees too many, but if I had had the stomach, I might have gone. Tables upon tables of cuisine from every continent and clime… not including Antarctica, I s’pose. You may have been to one of these before. If you’re too cheap to travel the globe (or aren’t sure where to start your trip), an event like this is a good way to figure out what different places can taste like. That’s just my two cents, don’t spend it all in one place.
Posted by The Jimbo at 2:21 PM