I've been getting so used to not writing, that I was almost reluctant to do so today. I hear laziness is, however, somewhat unbecoming. So I'm writing. Clearly. But, of course, by the time you see this post I will have already written it. With that said let's jump into the ridiculousness of the Democratic National Convention in Denver. The press is billing the event like its the Super Bowl. And, to make things right, it's happening in a football stadium (so at least they got the location right). The event however, is not nearly as thrilling or as captivating. Obama's wife has spoken, Hillary has spoken, and even the brain tumor-plagued Ted Kennedy has spoken.

Initially Kennedy's speech was interesting and even a little inspiring, but then he got on his soap box about universal health care. I left the room disgusted.
Universal healthcare is a bad idea. What it means is that the government once again takes over an industry, taking it out of the hands of competent, well-trained, well-paid professionals, and puts it in the hands of the giant federal bureaucracy. Yay! TSA is a joke. Homeland security is not that great. The FCC is a joke. And so is the FAA. Friends, putting the government in charge of our hospitals and medical care will only exacerbate our problems here.
Now, I would like to clarify that doctors will still have jobs, and will not be replaced by US Postal workers, but because all of our medical bills will be subsidized by the government, the doctors will receive less for their services, we pay more in taxes, and we get to wait in line more as doctors are mandated by the government to see the most inane cases.
In the UK, with their 'amazingly good system' as it is touted by Michael Moore, people wait for months or even years for cancer treatments and important urgent care because the system is inefficient. The doctors working there are expected to treat any and all people on a 'first come, first served' basis, and do it for almost nothing. Not a good deal for them, and not a good deal for their patients. 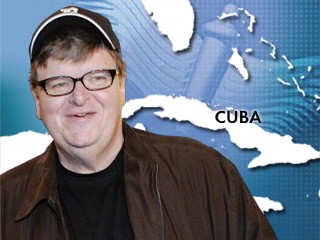 It is true that our system could use an overhaul. Our system is inefficient in the US. But, when it comes to getting urgent care, it is more likely to happen here than in a socialized system. When Michael Moore showed in his documentary how easy it was for firefighters from 9/11 to get treatment in Cuba, and how hard it was in America he forgot to include the fact that he went to one of the nicest hospitals in Cuba, and he went with his documentary crew, and he and those with him were not impoverished Cubans, but rather well-to-do North Americans. In most hospitals in Cuba, the government provides the bare minimum in care. For instance, if you need a kidney removed, they'll take it out, but you will be left on a gurney with an ice pack in a dirty room, and if your family doesn't come to bring you towels, blankets, food, water, soap, or anything else you might just die right there due to neglect and infection. So perhaps that's the kind of efficiency we need in this country. Bare minimum get 'r' done mentality.
That is my piece on universal healthcare. If that were the only issue, it would be easy to see why I do not favor Obama, but there are many others that irk me just as much. I'm not going to say I like McCain, but I at least believe our government's size and scope would be kept in a more real check with him in the Oval Office.
Posted by Michael Powers at 7:54 AM