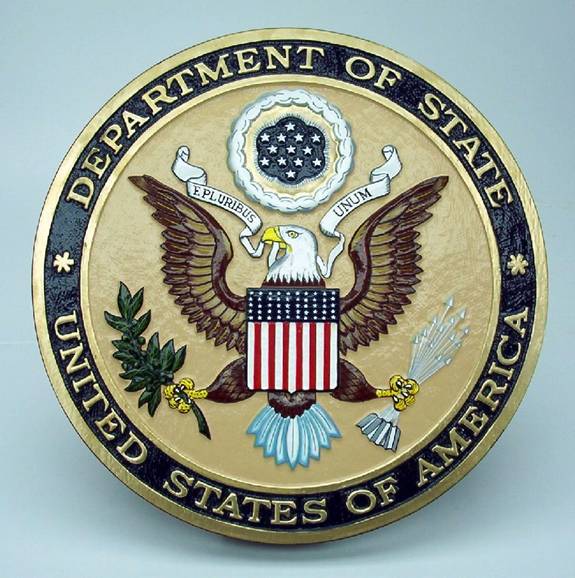 This July will be a busy month for me. As will August, but let's focus on July. For work I am researching and developing a good groundwork to present the Envision the World Project to investors, and that will consume my time until about mid-July. At around the mid-month mark I also am going to visit my family cabin (and of course continue working there on presentation and business related aspects of the ETW project). But, the big event that I'm going to be involved in will happen on the 14th. The Foreign Service Officer Test.

For those of you who have never heard about it, it is the most selective federal exam that exists in the US. It consists of two parts and is run by the same people who make the ACT. The first part is the written test, and 3 hours are allotted for its completion. The subject matter consists of grammar, writing, economics, world affairs, and vocabulary. The pass rate on the written portion is 30%. Not that encouraging. However, let's say that I pass hypothetically speaking, then, I have the opportunity to take the oral exam six months later. Now there aren't many ways you can study for the oral exam other than perhaps asking someone who has taken it. But here's the stunner: 10% of those who go on to take the oral exam pass it. So looking at the total percentage of people who pass the FSOT, the total is 3% of those who take it. So of course I have grown to have little sympathy for those who are preparing to take the GRE, GMAT, LSAT or any other standardized test. The FSOT is by far more intensive and difficult. But, for some strange reason I still am doing it. I am going to drive up to Sandy and from 10am-1pm at some community college, put my pencil to the paper and hope for the best. I mean, if you pass you're set for life as a career diplomat for the US government.

In preparation for the test I am reading the Economist religiously, and I ordered a little packet of sample questions from the State Department. Whether this preparation will do me any good remains to be seen. If it doesn't pan out, I'm pretty sure I've got back up options, and, even better, I can take the test as many times as I want (paying 50 bucks a pop) and can only take the oral exam in a select location 1 or 2 times a year. So...I'm crossing my fingers.
Posted by Michael Powers at 12:30 PM

Thank you. I don't know if I get to take the oral until early December. I have to wait for the Qualifications Evaluation Panel to assess my score and application information. Then, if I get the chance to take the oral, and pass it, I could get an interview (but let's not count chickens yet).

And in another relevant note, I still haven't been charged the $50, although they said that I would be. So maybe the test will turn out to be free (perhaps it only costs $50 to people who don't pass it).

I'm signed up to take the exam in November. Do you have any tips or suggestions?

There are some good study books online with practice tests, but my computer is currently out of commission right now, so I don't have the links handy. However, if you search on google you can learn quite a bit.

You can also go to the state department website which is simply http://state.gov

You can order a practice test from the state department online.

Would you say reading the full reading list is helpful?

And exactly HOW well-versed do you have to be?

I would say reading lists help, but the to do well on the test takes a life time of learning. If you read a lot of articles, books, and have good grammatical intuition you should do fine.

I think the most helpful thing are the practice tests.

However, read the Economist, the London Times, The Washington Post, Foreign Affairs Magazine and articles on the Drudge Report and you should be well-prepared.

I'm taking the test in November also. Really hope I do well. Is the practice test from the State Department website a fairly accurate representation of the types of questions on the test?

I'm actually pretty worried when I look at these practice questions because a lot of them are very subjective. Does someone grade the test manually or does a machine do it?

2/3 of the test are multiple choice, and therefore machine graded. The essay portion is not.

The test is certainly free - they put your credit card on file though and will charge you $50 if you don't show up.

Yes. It is free. The $50 charge was not made expressly clear to me. From what I understood they were charging me, and it made sense as far as paying for a proctor, location etc., but using it as collateral to insure attendance makes sense.

Wahoo! I finished the exam on Friday and feels good to be done. However, I ran out of time in the bio section. I spent too much time listing multiple examples in the beginning thinking that I needed at least three to four (and since I have had a lot of work experience, it was easy to think them up). Unfortunately, I chose the “often” option a lot so I think I was asked to give more written examples.

Does anyone know how this will affect my score?

Even though I feel good about the other sections and the essay, I am not even sure how many questions I did not answer in the bio b/c my time literally expired mid click?